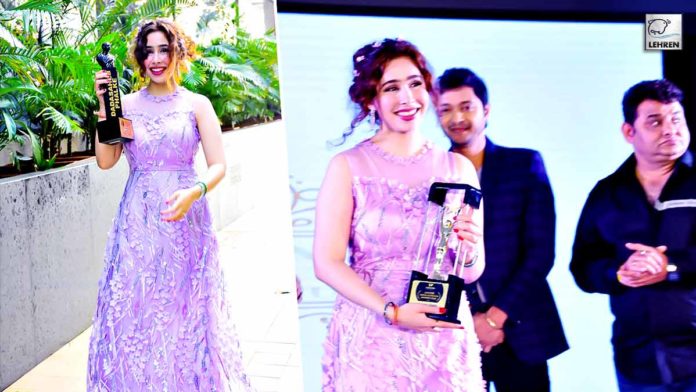 "Blink" is an OTT short thriller film. The short film had received both critical and commercial success, but Himanee's performance is being talked about the most.

Actress Himanee Bhatia just had a day of her acting career as she bagged not one but two awards on the same day. She received India’s highest award in cinema – the prestigious “Dadasaheb Phalke Award” in the best actress category for her performance in the film “Blink”. She also received the best actress award in OTT at Aarvee Entertainment Iconic Achievers Award.

“Blink” is an OTT short thriller film. The short film had received both critical and commercial success, but Himanee’s performance is being talked about the most. The critics have loved her performance and her acting talents, where she convincingly played her part to perfection. Now, we are all waiting to see her on the big screen. The entire movie was shot during the pandemic, and Himanee had high expectations running for its success.

She was much overwhelmed by the two awards she received. Still, she shared some words on what this success means to her. Here’s what she says, “I don’t know what to say. You all can see I’m completely overwhelmed and feel so blessed. These awards mean everything to me right now. I risked a lucrative corporate job to pursue my acting dreams and finally see my struggle, everything paying off still feels like a dream. I feel so grateful for today, for Blink to happen to me. And I just can’t thank all my supporters, family, friends, and fans. I hope the dream run continues.”

It’s pretty evident that this is just the beginning of her career as she looks focused on winning many more awards while entertaining the audiences in the years to come.