Amid Breakup, A Look At Sushmita Sen’s Past Relationships 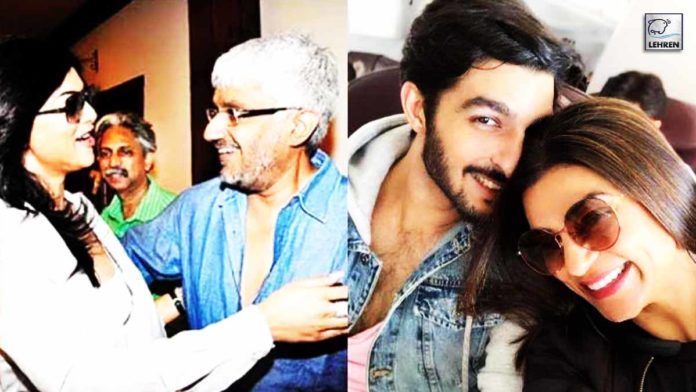 Before dating Rohman Shawl, a model, Sushmita had been in several relationships, from actors to the director she worked with. Here’s the list!

Days after she announced her breakup with beau Rahman Shawl, Sushmita Sen hosted a live session on Instagram where she was seen sharing her thoughts about relationships and her perception of love.

When being asked what respect means to her, she remarked, “Respect means everything to me. I put that (respect) above love any day! But where there is no respect, love has no meaning. Love will come and go but if there is respect, love gets a second chance to express itself”.

Below are the highlights of Sushmita’s love life that made headlines!

In her early twenties, the “Main Hoon Na” actress was involved in an extramarital affair with Vikram Bhatt, the two who had worked to gather for their 1996 movie “Dastak”. Although their relationship didn’t last long, the reason for the same was left unknown. Vikram, on the other hand, had confessed how he regretted cheating on his wife with Sushmita.

Rumors of the two datings started to make rounds in the year 2013. Although the two weren’t spotted anywhere toastier, neither did the two stated their relationship was official but rumors that the two were planning to get married were everywhere. Later Sushmita had to dismiss the rumors and even called them ‘rubbish’.

The two met on the sets of “karma” and “Holi” and their rumors sparked. The two dated for a period of 3 years and had to call it quits after that. Randeep has shared how he felt that the breakup actually felt good as the actor was too invested in the relationship. The two, to date, share a good friendship despite the bittersweet relationship.

Although Bunty is recently rumored to be getting married to Sonakshi Sinha, he had previously also dated Neha Dhupia and Dia Mirza. His relationship with Sushmita was very low-key; both always remained tight-lipped about it.