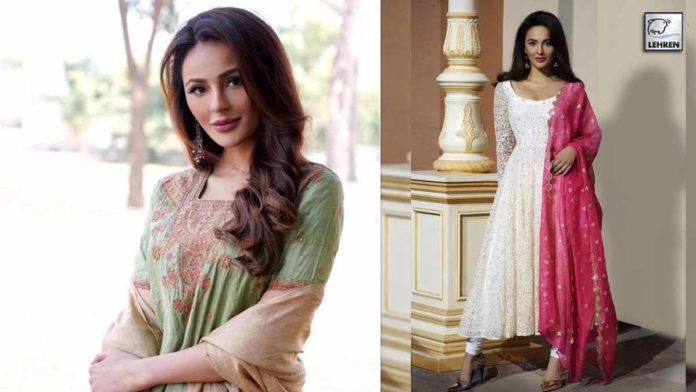 Actor Seerat Kapoor, who hails from an army background conveys her views on the 75th Independence Day.

Actress Seerat Kapoor, who has carved a name for herself in the South Indian Industry and in our hearts too is known for her galore acting skills, dance moves, perfect looks, and bewitching personality. The social media world is Seerat Kapoor’s oyster and fans go crazy over her posts and videos. The actress commenced her career as an assistant choreographer for iconic Indian filmmaker Imtiaz Ali’s hit film Rockstar (2011). Recently, the actress reinstated 70’s bell-bottoms fashion back in trend.

The actress hails from an army background and understands the importance of discipline, nationality, and hard work. Indeed, because of all these qualities, Seerat Kapoor has achieved all her dreams and goals and continues to work to the best of her abilities. The actress has already completed illustrious 7 years in the Tollywood Industry and has created a special fan base for herself.

Recently, the actress shared her remarks on how proud one must be to be a part of this ‘incredible India,’. The actress said, “I hail from an army background. I wear my nationality on my heart and sleeves with utmost respect and pride. India is etched in history forever and our hearts are swollen with pride. A grand salute to Team India. Take a bow. Jai Hind!”.

We all would agree with the actress’s views as we all have a sense of pride, freedom, nationality, and resilience.

Seerat Kapoor will be making her grand Bollywood debut in the upcoming film ‘Maarrich’ along with the veteran actor Naseeruddin Shah and the handsome Tusshar Kapoor. ‘Maarrich’ is going to be produced under the banner of Tusshar Entertainments.