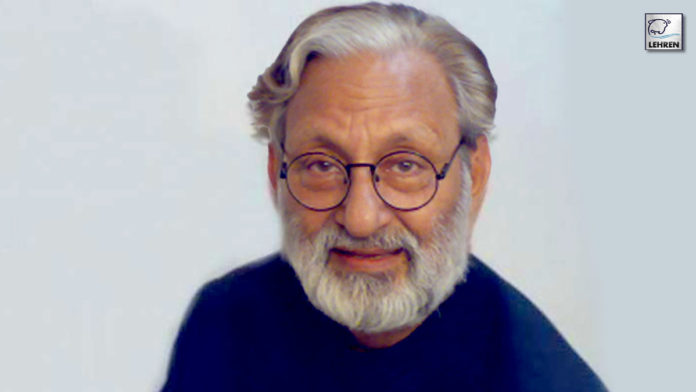 3 idiots actor Arun Bali passes away in Mumbai at the age of 79 after suffering from neuromuscular disease.

Bollywood veteran actor Arun Bali who is known for essaying roles like Kunwar Singh in the Doordarshan’s soap opera Swabhimaan passed away on October 7 at the age of 79. As per the reports, the actor was recently admitted to Hiranandani Hospital due to his ongoing neuromuscular issues.

Arun Bali Passes Away At 79

Arun Bali was born in Lahore, Pakistan on December 23, 1942. He gave many memorable performances throughout his career including Hey Ram, Kumkum, Mere Jeevan Saathi, Barfi, 3idiots, and PK among many others.

The late actor was previously diagnosed with a neuromuscular disease named Myasthenia Gravis. A Member of CINTAA, Nupur Alankar, told ETimes then, “I was on call with Arun Bali sir when I sensed something is majorly wrong with his speech and pointed it out to him. After that I tried contacting his son Ankush, but couldn’t get through. Then I called up Rajeev Menon who is Ankush’s colleague and got his other number and I advised him to take Arun sir to the hospital immediately.”