Gajendra Verma Is Aiming To Collaborate With Bruno Mars And Coldplay 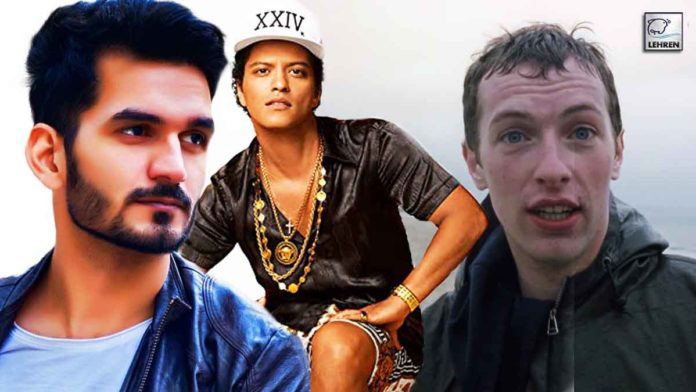 During an exclusive chat, Tera Ghata fame Gajendra Verma said that he is now aiming to be a global artist.

Singer Gajendra Verma has changed the status of independent music in his decade-long career. The man behind viral songs like ‘Emptiness’ and ‘Tera Ghata’ has proved that he doesn’t need a powerful label to back him up.

Gajendra’s songs became viral even before the term ‘viral’ became viral. His journey began in 2008 when he recorded a song titled ‘Emptiness’ in his college studio. The song was apparently leaked and a was circulated that it was sung by a dying IIT student named Rohan Rathode for the love of his life. It took years for people to know that the story was fake and it was Gajendra who lent his voice to the song.

He then sang ‘Mann Mera’, another beautiful track for the Hindi film titled Table No. 21. Despite having good opportunities in Bollywood, Gajendra focused on creating independent music. And the breakthrough moment happened in 2018 when his song ‘Tera Ghata’ broke the internet.

Also Watch: Kshitij Chauhan On Chutzpah Web Series And His Journey In Bollywood

Gajendra has recently dropped another soulful track titled ‘Na Hona Tumse Door’. While talking about his latest track, we asked him about his goals in life. He said, “I want to be a global artist now. That’s my next goal. I want to have a global audience and Indian music playing in all the other countries as well. We hear a lot of Spanish and English songs in India. I want the world to listen to Hindi songs.”

He concluded by saying that he is working towards his goals.

Well, what do you think about this collaboration?