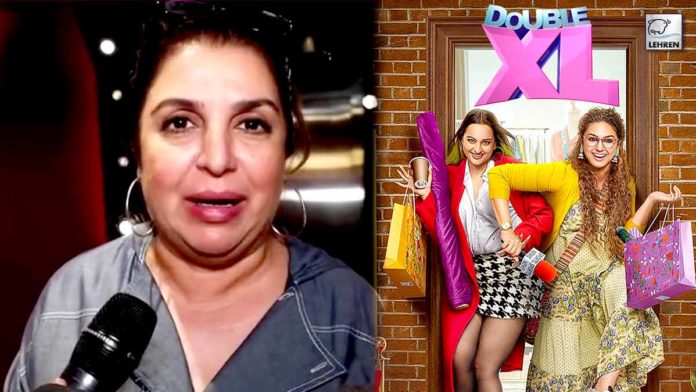 Double XL starring Sonakshi Sinha and Huma Qureshi is all set to release on 4th November 2022. Before the worldwide theatrical release, a special screening was held in Mumbai. The event was attended by many film celebrities including Farah Khan. The filmmaker and choreographer not only shared her thoughts but could connect with the film.

The upcoming movie Double XL pokes fun at boys who body shame. It talks about subjects like obsession with body weight and female body image issues. Double XL has a quirky take on bodyweight stereotypes that have been tormenting for a long time in our society. It is a story of two plus-size women who moved to UK from India and gorgeously flaunt their oversized body that is not usually accepted by society.

Post the special screening a video was shot to immediately record honest reviews of those celebrities who watched the film. In the video Farah Khan, Ashutosh Gowariker, Ashish R Mohan, and Kabir Khan were seen sharing their thoughts on the film.

Ashutosh Gowariker said “the film is trying to say accept me for whatever I am, accept me the way I Am. I think that message is something which is really good in the film. I really liked it. I wish the entire team all the very best for its success.” Kabir Khan said, “I really like the film, very sweet film, the performance was nice and natural, and it was easy flowing film, which said a lot of important things, overall a enjoyable and entertaining film.”

Along with Sonakshi Sinha and Huma Qureshi, the film also stars Notebook fame Zaheer Iqbal and Mahat Raghavendra. Directed by Satramm Ramani the film is produced by Bhushan Kumar under the banners of T-Series Films. The slice-of-life comedy film will release in theaters on 4th November.