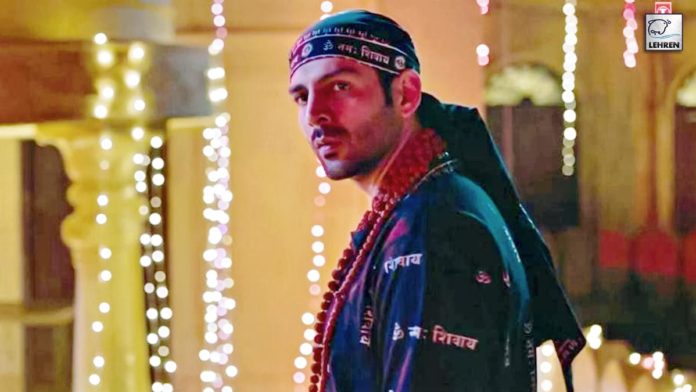 Post "Bhool Bhulaiyaa 2" which is all set to release on 20th May, Kartik will also be seen in "Shehzada", "Freddy", "Captain India", and Sajid Nadiadwala's untitled next.

Kartik Aaryan’s ‘Bhool Bhulaiyaa 2’ trailer has come out on the morning of 26th April and the fans have been going crazy ever since as they can not contain their excitement seeing the actor in such a new and cool avatar.

The much-awaited trailer of the season shows the uber-cool Kartik Aaryan in an entertainment-packed role where his dances in a suit, comedy, and dialogue delivery are all so on point. After making his presence felt, with Ram Madhvani’s “Dhamaka” last year, the actor looks all set to take on the Box office with a totally different avatar in a commercial biggie like “Bhool Bhulaiyaa 2”.

Post “Bhool Bhulaiyaa 2” which is all set to release on 20th May, Kartik will also be seen in “Shehzada”, “Freddy”, “Captain India”, and Sajid Nadiadwala’s untitled next. Post “Dhamaaka”, the horror-comedy is a very different genre for the actor.

From critics and trade analysts to the audience everybody is raving about the entertaining elements of the trailer, declaring the film a sure-shot blockbuster. Many of the users took to their social media to praise the trailer as they shared tweets showing their love for the actor.

One user quote “One thing that upraising the scale of #BhoolBhulaiyaa2 is #KartikAaryan, I love his acting and his hard work is truly amazing”

ALSO READ – Jannat Zubair Net Worth- How Much Does The Young Diva Earn?