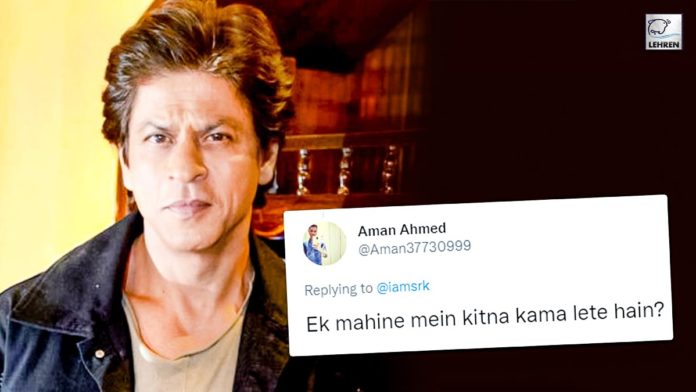 Check out Shah Rukh Khan's reply when a fan asked him his daily income.

We all know that Shah Rukh Khan is one of the highest earning actors in Bollywood. Not only this, but he is also listed amongst the richest actors in the world. While his net worth and income is reported in international magazines and media portals every year, fans often wonder how much he earns everyday.

A fan even asked the same question to the actor himself on Twitter and surprisingly, King Khan replied as well.

On Jan 4, SRK interacted with his fans on Twitter via “Ask Me Anything” session. A fan tweeted, “Ek mahine mein kitna kama lete hain?”

Shah Rukh Khan is gearing up for the release of his action packed film Pathaan. Directed by Siddharth Anand, it also features Deepika Padukone and John Abraham. It is releasing in theatres on Jan 25.