Exclusive: Dulquer Salmaan Opens Up On What He Learnt From Sunny Deol & Pooja Bhatt 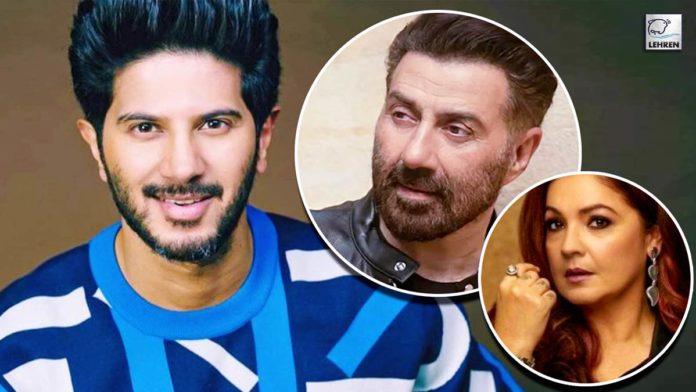 Chup actor Dulquer Salmaan opens up about working with Sunny Deol and Pooja Bhatt and shares his learning experience. Here's what he said-

Sita Ramam actor Dulquer Salmaan will soon appear in R Balki’s film Chup: The Revenge Of The Artist with Bollywood superstars Sunny Deol and Pooja Bhatt. While in a recent interaction with Lehren, the Sita Ramam star was seen getting candid about working with Sunny Deol and Pooja Bhatt in their film, Chup, he also shared his experience about what he got to learn from the veteran actors during the shoot of their film.

In an exclusive chat with Lehren, Sita Ramam star went candid about working with Sunny Deola and Pooja Bhatt as he shared what he learned from the veteran actors during their time shooting for their film Chup: The Revenge Of The Artist.

When asked about what he learned from Sunny Deol and Pooja Bhatt, Dulquer said, “Especially about Sunny sir when I started promotions, I was also on a stage where I get affected by negative words and reviews, Sunny sir said this at the beginning of my career I think, he gets angry which really affect me now it doesn’t bother, maybe I am in that beginning stage of my career where it affects me when I reach his age and position in the industry I won’t be so affected, plus I have hope”.

Talking about Pooja Bhatt, Dulquer said, “She always has smile on her face…she is fearless, I love that about her…I am very careful….I measure my words.”

About R Balki’s Film Chup: Revenge of the Artist

Chup: Revenge of the Artist is one of the aspiring projects of the ace director R Balki. The release date of the psychological thriller was announced recently. The much-awaited edge-of-the-seat thriller will release on 23rd September 2022. The film stars Dulquer Salmaan, Sunny Deol, Pooja Bhatt, and Shreya Dhanwanthary in the lead roles. It marks the Bollywood return of south cinema superstar Dalquer to Hindi movies after The Zoya Factor. Sunny Deol and Pooja Bhatt will make a comeback to films after Blank and Sadak 2 respectively.