Emergency: Kangana Ranaut On Bringing Milind Soman On Board As Sam Manekshaw 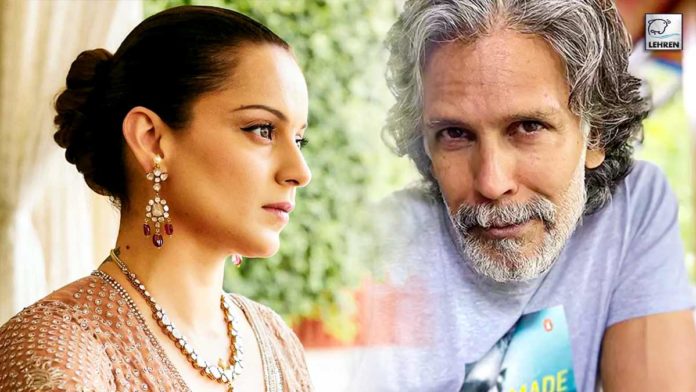 Kangana Ranaut brings Milind Soman on board for her next directorial film Emergency. The actor, model, and fitness enthusiast will play the role of Field Marshal Sam Maneshaw in the period drama Emergency. His first look as the Army Officer was unveiled today. Kangana Ranaut who is directing the film revealed what made her cast the supermodel.

Emergency is based on one of the hardest times in Indian democracy. It is is a black spot in India and it could have been none other than Indira Gandhi who could have dealt with it. During the Indo-Pakistan War of 1971, Manekshaw was the Chief of the Army Staff of the Indian Army. He was also the first Indian Army officer to be promoted to the rank of field marshal.

Kangana Ranaut who will portray late Prime Minister Indira Gandhi in the film spoke on signing Milind Soman. She said, “Soman’s overpowering screen presence and talent made him the perfect actor to play the role of the decorated war hero. Sam Manekshaw had clarity of vision, was a strong-headed individual and his relevance is huge in the film. The film showcases how two very strong-headed personalities, Mrs Gandhi and Sam Manekshaw, worked together to fight the war against Pakistan.

The filmmaker added, “This chapter of history intrigues me a lot as it delves into how things worked and panned out for them. We are privileged that Milind Sir will be playing this role. I hope this film does justice to his enormous talent and great screen presence.”

Milian Soman is honored to be a part of Kangana Ranaut’s Emergency. He said, “I am happy to be working with Kangana. I have loved a lot of her work, especially ‘Queen’ and ‘Tanu Weds Manu’. I am looking forward to working under her direction. Playing Field Marshal Sam Manekshaw is a big honour and the greatest responsibility.”

The film is based on the Emergency that was imposed by late Prime Minister Indira Gandhi for a 21-month period from 1975 to 1977 when the fundamental rights of the people were put under strict curbs. Emergency is directed by Kangana Ranaut and produced by herself under the banners of her company called Manikarnika Films along with Renu Pitti.