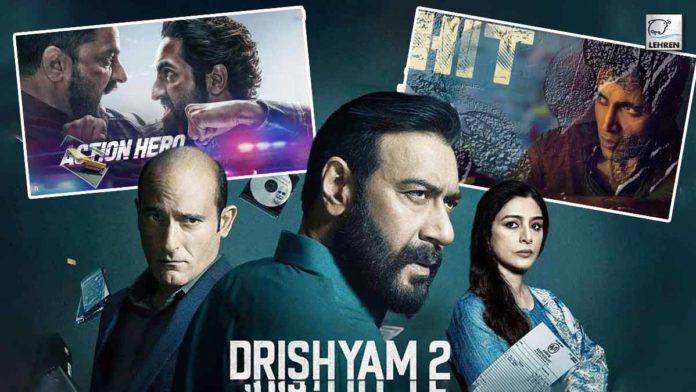 Ajay Devgn's film Drishyam 2 is showing absolutely no signs of slowing down. The film's box office collections are unfazed by "HIT 2" and "An Action hero".

After overperforming Bhediya, Ajay Devgn’s film Drishyam 2 has now also left Ayushmann Khurrana’s film “An Action Hero” behind. Ayushmann Khurrana’s film scored around 3cr on its opening day. Meanwhile, Drishyam 2 on the other hand scored 4.20 cr on its 15th day at the box office. The film now stands on a domestic total of 167.68 cr. Drishyam 2 has surpassed many big hits of 2022 including Bhool Bhulaiyaa 2, Gangubai Kathiawadi, and others.