Drishyam 2 Advance Booking: The Suspense Thriller Is High In Demand 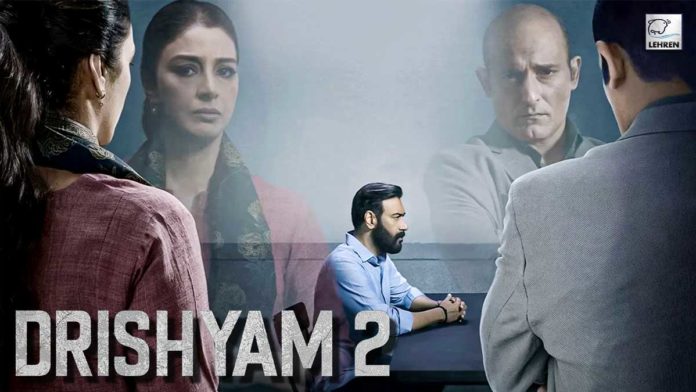 The much-awaited crime thriller Drishyam 2 is set to release tomorrow i.e. on 18th November 2022. Drishyam 2 is a sequel to the 2015 hit film Drishyam, both parts of Hindi films are remakes of Malayalam films of the same name. The case of suspense thriller is set to reopen and fans are much excited. Check out Drishyam 2 box office prediction and advance booking.

The movie has been certified U/A certification from the central board of film certification (CBFC). They have also approved the run time of 2 hours 33 minutes. On its opening day, Drishyam 2 will be screened on 3300 screens and might go above as well, according to an India TV report.

To pull audiences to theaters the makers have announced a 50% discount on movie tickets. On the release day, Drishyam 2 tickets will be available for half price. As per Pinkvilla reports, until now 39,000 tickets have been sold out for the opening day. These tickets are a count of PVR, Inox, and Cinepolis.

First weekend ticket sale holds a count of 77,105 tickets with the three national chains – PVR, Inox, and Cinepolis. The booking count is calculated till Wednesday afternoon so the final count will increase eventually. Post Covid 19 this is the highest advance booking ticket sale.

Helmed by Abhishek Pathak, Drishyam 2 has a previous cast including Ajay Devgn, Tabu, Ishita Dutta, Shriya Saran, and Rajat Kapoor among others. The star cast is joined by Akshaye Khanna as a new entrant in the story. The suspense thriller is produced under the banners of Panorama Studios.