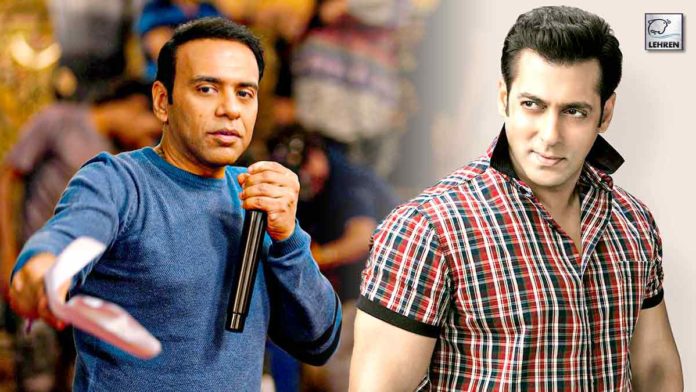 Director Farhad Samji stood up to clear the air on Kabhi Eid Kabhi Diwali after reports suggests he stopped visiting the set.

Kabhi Eid Kabhi Diwali is grabbing attention since its announcement. A lot of buzz happening around the Salman Khan led movie. The makers of the film promise to release a comedy-action full family entertainer film this December. It is assumed that owing to making it the biggest hit of the year a lot of changes took place. Many rumours also surrounded one of the most anticipated Bollywood movies. There was a buzz that Farhad Samji, director of the film stopped visiting the sets after clashes between Salman Khan and Sajid Nadiadwala. Later reports suggested that Salman Khan will ghost direct the film. Subsequently, another report emerged stating that Aayush Sharma walked out of the project due to creative differences.

Farhad Samji opens up on rumours

However, Bachchhan Paandey director, Farhad Samji stood up to clear the air surrounding Kabhi Eid Kabhi Diwali. In a conversation with Pinkvilla, Samji told: “Everyone is writing their own version of the film, but we have not made any official announcement. The media is either reading my mind or just doing some sort of prediction. I truly believe, that silence is golden. I believe, ‘Toofan Ke Pehele Khamoshi Hoti Hai… And Yeh Woh Khamoshi Ka Pal Hai’.”

Change of cast in any movie is usual but the director stops filming and the producer taking over and ghost directing the film is uncommon. However, the rumour of director Farhad Samji leaving the film was denied by a close source. The source said, “The production house has not made any official announcement yet. Whatever has been written and chattered about is nothing but idle gossip and holds no truth or value to it. The production house plans to announce the project and its cast very soon. Recently there were rumours that Farhad Samji is not directing the film, which is absolutely a false. Farhad has been visiting the set from day one of it being built. He is spending more and more time on the set only because the shoot is about to start.”