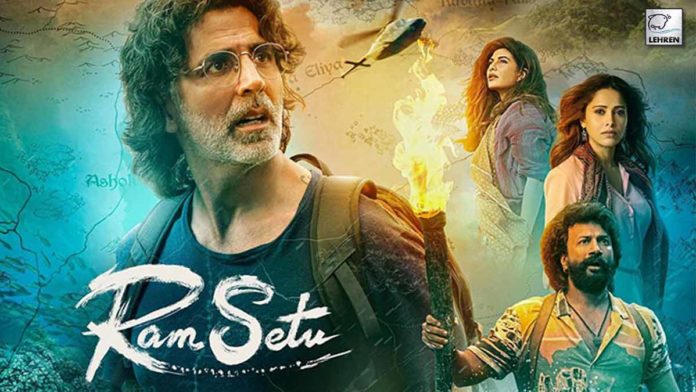 Akshay Kumar is all set for the release of his 5th film of the year. Ahead of Ram Setu’s theatrical release the actor along with his team launched the song ‘Jai Shri Ram’ from the upcoming movie. Helmed by Abhishek Sharma the film also stars Jacqueline Fernandes and Nushratt Bharuccha. During the song launch, director Abhishek Sharma revealed how he came up with the idea of making Ram Setu.

Abhishek said the thought of making a film on Ram Setu had come to his thoughts during the 2020 pandemic lockdown. He discussed it with Akshay Kumar and Vikram Sharma and began working on it. Ram Setu talks about the scientifical reason behind the Adams bridge aka Ram Setu created by Lord Ram.

The director said, “During the pandemic in 2020, a thought came to me and I began to work on it. I called up Akshay Kumar and he asked me if I had written a screenplay. I wrote it and sent it to him. Akshay sir and Vikram sir (Vikram Sharma of Abundantia Entertainment) jammed on it. We all liked the idea and decided to take this journey together. I thank them for supporting my vision.”

During the event, Kumar stated the song ‘Jai Shri Ram’ makes him feel positive. He said, “Jai Shri Ram, the anthem of Ram Setu, will bring a positive energy in you. I am thankful to my fans and the media. We are presenting an anthem to you all and we hope you all like it. This (anthem) will sum up the entire film in 2.15 mins. You will understand what the film is trying to say and what it is about.”

Ram Setu is an action-adventure film based on an archaeologist investigating whether Ram Setu is a myth or a reality. It is directed by Abhishek Sharma and co-produced by Cape of Good Films along with Amazon Prime Video, Abundantia Entertainment, and Lyca Productions. Apart from Akshay Kumar Ram Setu also stars Jacqueline Fernandez, Nushratt Bharuccha, and Satya Dev in leading roles. The film is set to hit theaters on October 25, 2022.