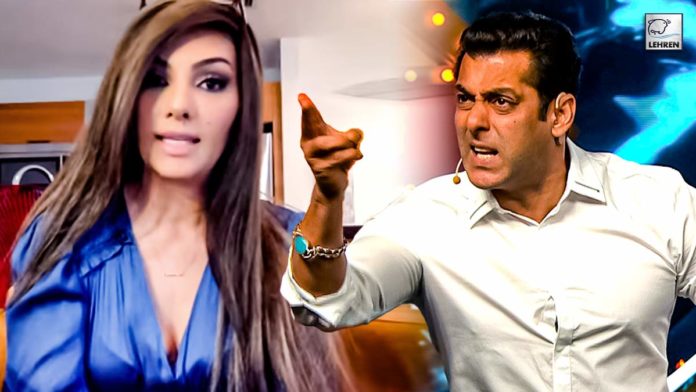 Salman Khan has dated many gorgeous ladies in Bollywood. However, none of the relationships turned into marriage. In fact, a few women ended their relationship with Salman due to his alleged “violent” behavior. Salman is reported to have physically abused Aishwarya due to which their relationship ended on an ugly note and they never crossed paths with each other again. Prior to Aishwarya Rai, Salman was dating Somy Ali.

Somy, who left Bollywood after breakup with Salman, now lives in the US. She has several times opened up about how Salman physically and emotionally abused her and also cheated on her while they were dating. It is also rumoured that Salman Khan broke a bottle on Somy Ali’s head in anger.

The former actress has now reacted to the long floating rumours. Somy said, “If he had hit me with a bottle I would have ended up in the hospital. He poured a glass of Thumbs up over my hair because it had rum in it and it was the first time I was trying alcohol. There was an actor friend with me there as well and she witnessed the whole thing. I respect her and will not mention her name. But no, he did not break a bottle on my head. That’s the dumbest rumor that has been going around for years as I reiterate I would have ended up in the ICU.”

Though she clarified that Salman didn’t break a bottle on her head, she continued mentioning, “In addition to tons of affairs and flings he would constantly belittle me by calling me ugly, stupid and dumb. Not a day went by that he wouldn’t make me feel worthless and small. He would not acknowledge me as his girlfriend in public for years and when he finally did he would insult me in front of his friends and berate me nonstop.”

Even after two decades of breaking up with Salman Khan, Somy Ali says, “I still have nightmares about what he did to me and how he treated me. I hope and pray that it will dissipate someday.”

Read More: Somy Ali Says 8 Years With Salman Khan Were The “Worst Yrs Of My Existence”