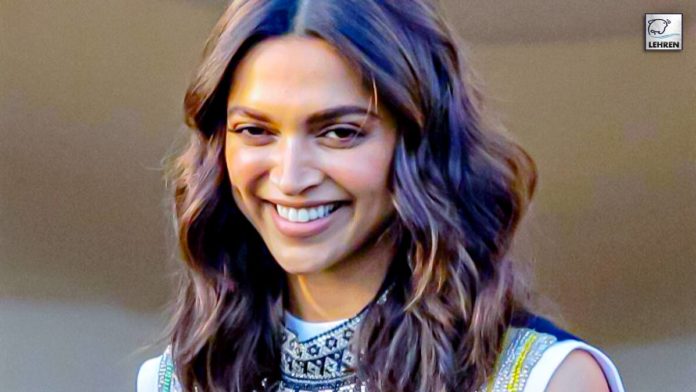 In a recent interview, Deepika opened up on the importance of Yoga and how it has helped her over the past several years! Read to know more!

Deepika Padukone has perhaps been one of the actresses, if not the only one from Bollywood, who has stressed Mental health and talked openly about topics like Depression and anxiety, which are considered a taboo The actress has always had her bold and honest take on everything, even around the most hush-hush topics. Recently, the actress who was all caught up representing India at the 75th Cannes Film festival, DP shared the secret to her drool-worthy figure and how she maintains it!

Deepika shared how Yoga has been a major part of her regime, something that helps her physically and also mentally. Recently, she even got featured in a Yoga campaign, Yoga make space, that discusses Mental health and fitness. Sharing about the same, she shared on her Yog journey and when she began with it.

“I started practising yoga with consistency about two years ago after what felt like a deep inner calling. At around the same time, I was also offered a movie where I was given the role of a yoga instructor. In short, it was an inner calling mixed with the professional requirement that eventually pushed me to look for the right instructor and get going on my yoga journey,” she said.

The ‘piku’ actress further stressed the connection of Yoga with nature. She added, “The beauty of yoga, apart from its numerous benefits, is that you can practice it in absolutely any space, in any part of the world. We often talk about being self-reliant. Yoga is one such practice. All you need is your mind and your body.”

She even elaborated pin the benefits of practising Yoga, “I have, over the years, been exposed to many different types of workouts, exercises and practices. However, practising yoga, makes me feel the most centred, balanced and grounded. Feeling alive and connected from within, like I am in control, is something I have never experienced in any other practice, except for in yoga.”

She even shared about her favourite Yoga poses, “If I had to choose one, ‘Malasana’ would have to be my favourite posture. A hip opener that makes me feel like my chakras are aligned.” She further revealed more about the initiative she’s working on lately.

ALSO READ – Kendall Jenner Reveals About Her Plans Of Becoming A ‘Mother’ And Freezing Her ‘Eggs’!

“Yoga Make Space has not only given me a chance to talk about fitness but it is also giving me a space to discuss mental health which society still feels afraid of. When I hear the term ‘make space’ it reminds me of postures that I hold for a minute. Sometimes more. And when you truly tune in, you feel your body opening up and oxygen running into your bloodstream. That, for me, is making space within my body” she added.

Shut Up Sona Review: Can’t Mute This Voice Of Controversy