Deepika Padukone Pulls Out From The Intern Remake 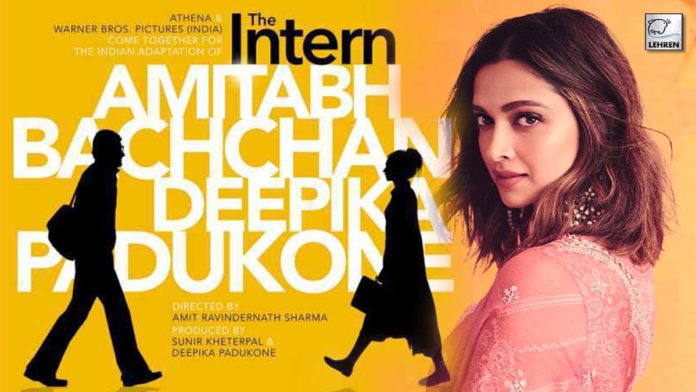 Deepika Padukone will no longer be a part of the Indian adaptation of the Hollywood comedy-drama 'The Intern'.

While Deepika Padukone is busy making headlines for the Cannes Film Festival 2022 we are shocked to know she is no longer a part of The Inter remake. Yes, you read that right, Deepika Padukone was initially roped with the late Rishi Kapoor in The Intern – a remake of Robert De Niro and Anne Hathaway’s 2015 film in the same name. After Rishi Kapoor took a walk to a heavenly abode Amitabh Bachchan was lined up for the role of a senior intern at a fashion firm. Fans were excited to see the Piku reunion with Deepika and Big B in the film but apparently, they will be disappointed to know the exit of the lead actress.

Deepika Padukone pulls out from The Intern

According to a source, Gehraiyaan star, Deepika Padukone will no longer be a part of the Indian adaptation of the Hollywood comedy-drama. After the death of Mr. Kapoor, he was replaced by Mr. Bachchan and now the cast is being reshuffled again this time for the lead actress who runs a fashion company. Reports also say that the producers are eyeing on Parineeti Chopra for the replacement of Deepika Padukone but no official confirmation has been received on this piece.

The Intern is an Indian adaptation of a Hollywood movie with the same name, starring Robert De Niro and Anne Hathaway. The story revolves around a 70-year-old widower Ben Whittaker who realizes retirement is not his cup of tea and applies as a senior intern for a skeptical boss at an online fashion site. Jules Ostin played by Anne is the founder and CEO of the fashion company named “About The Fit”.

Badhaai Do director’s upcoming project The Intern has been delayed for a long time. Originally, Deepika Padukone and Rishi Kapoor were to essay the role of Jules and Ben respectively but unfortunately, now the makers are in search of a new cast. However, Amitabh Bachchan has been locked for the role of a 70-year-old senior intern.

Deepika Padukone is currently attending the Cannes Film Festival 2022. She is one of the jury members from India at the Cannes. Slaying the red carpet since 17th May, Deepika said “There will be a day when Cannes will come to India“.