Dilwale Dulhania Le Jayenge To Re-release Across The Globe To Celebrate 25th Anniversary? 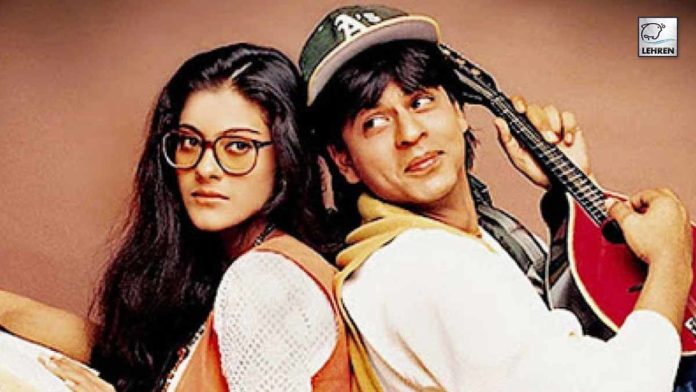 Shah Rukh Khan and Kajol starrer Dilwale Dulhania Le Jayenge will reportedly re-release across the globe to celebrate its 25th anniversary. Read below for further details.

A couple of days back the beloved iconic film Dilwale Dulhania Le Jayenge celebrated 25 glorious years of its release. The film starring Shah Rukh Khan and Kajol released in 1995 went on to become a blockbuster hit back in the days. DDLJ helmed by debutant director Aditya Chopra to date runs at the Maratha Mandir. Interestingly, the majority of the times the theatre is houseful. Now, to celebrate the 25th anniversary of the DDLJ, the makers are planning to re-release it across the globe.

As per the latest reports, Mr. Nelson D’Souza who is an Associate Vice President – International Distribution has confirmed the news. D’Souza said that DDLJ is a film that made people fall in love. He further adds that the film has won hearts whenever it has been screened across the globe.

Furthermore, Nelson expressed his happiness as he announced that DDLJ will re-release on the occasion of its 25th anniversary. It is for the masses to celebrate the cult classic.

He concluded by saying, “Audiences all over the world will get a chance to watch the film once again on the big screen as we are planning the re-release in several key diaspora and non-diaspora global markets.”

For the unknown, Dilwale Dulhania Le Jayenge made at a budget of Rs 4 crore but it went on to mint Rs 13.50 crore in the overseas market in 1995. Speaking of its Box Office collection in India, DDLJ collected Rs 89 crore in the country.

The film to date holds a special place in the hearts of cinema lovers. They’ll surely be excited for DDLJ to re-release across the globe.