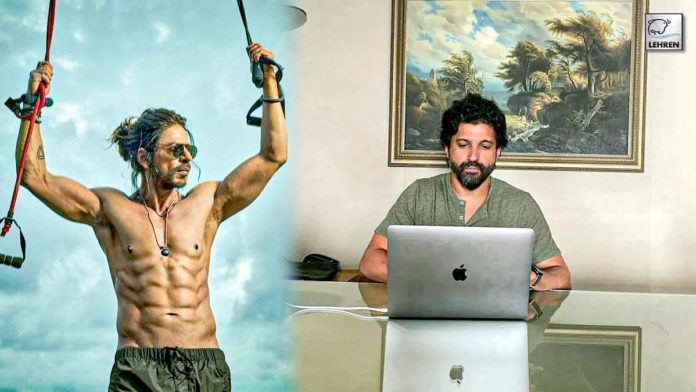 Don 3: Many rumors have recently been surrounding the Bollywood actor and filmmaker Farhan Akhtar over the production and release of Don 3. While as per the latest reports it has now been confirmed that the filmmaker is currently working on the 3rd installment of the film starting with the script confirmation.

According to the reports, Bollywood filmmaker Farhan Akhtar has now started working on the script of the much-awaited film Don 3. Apparently, filmmaker Farhan Akhtar is planning to give the narration of the film to Bollywood’s megastar Shahrukh Khan. Reports stated “The film, Don is a subject close to everyone at Excel. The team has been trying to crack and develop an idea for Don 3 for a while now, but the same has been put on the back burner time and again due to a lack of novelty factor. But the team has finally scummed upon an idea that’s exciting and will take the franchise to the next level. Farhan has started writing the script and will give narration to his Don aka SRK, once the screenplay is locked”.

The Bollywood filmmaker Farhan has discussed the project with his father as well, who originally wrote the classic film Don starring Amitabh Bachchan. The reports further stated, “Like always, Don 3 is still in the early stages and the future of the project will definitely depend on what shape the screenplay finally takes, but yes, it’s confirmed that Farhan has started work on Don 3 script. Unlike the last few attempts to make a part 3, the idea this time around is too exciting to let go off, and everyone around is giving more than 100 percent to this project.”

Earlier this month the news about the production of the film grabbed headlines, filmmaker Ritesh Sidhwani dropped a picture from Farhan’s study room where the actor was seen in his writer mode. “100% focus even when he’s putting pen to paper (err.. fingers to keyboard) @faroutakhtar is back in writer mode after a long hiatus. Guess what he’s working on…” the caption read.

Flaming the speculation, Bollywood megastar Amitabh Bachchan also uploaded a pic with Shahrukh Khan from their early days. Sharing the picture he wrote, “and … errr … continuing in the same vein .. DON”. The picture made the fans even more curious about the film. However, there hasn’t been any official confirmation by the makers of the film as of yet.

On the work front, Shahrukh Khan will soon be seen in Atlee’s film Jawan along with South actress Nayanthara. The actor also has Dunki and Pathaan in the pipeline. He will also be seen in a cameo in Salman Khan’s film Tiger 3 and is also speculated to be seen in Ranbir Kapoor’s Brahmastra.