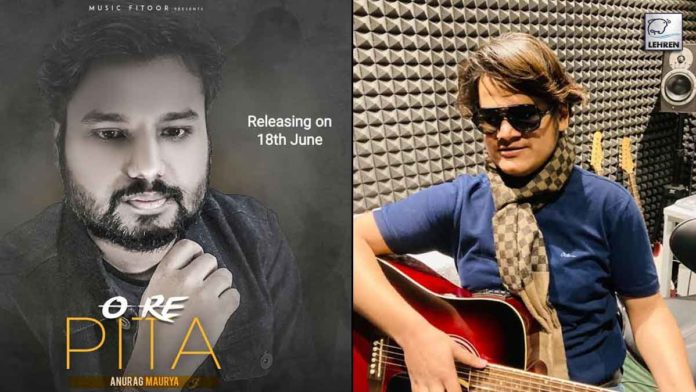 Zuhaib Khan is a 21-year-old music composer, singer and lyricist from Amethi, Uttar Pradesh. His upcoming song 'O Re Pita' is dedicated to fatherhood.

Independent music composer Zuhaib Khan has just announced his second project. The song is titled ‘O  Re Pita’ and it aims at celebrating fatherhood this Father’s Day. Zuhaib has also penned the heartfelt and emotional lyrics of this upcoming song while Anurag Maurya has lent his soulful voice. The song will be released on 18th June.

Zuhaib is a 21-year-old artist with a strong passion towards music. He hails from Amethi, Uttar Pradesh and is currently pursuing his graduation in mass media from Jamia Millia Islamia in Delhi.

“Even though I am a student of mass media, I live and breathe music, ” says Zuhaib.

Must Watch: The Family Man 2 Actor Abhay Verma Has A Special Video Message

Zuhaib shares that he started learning music at an early age and continues take lessons for vocals and instruments till date in order to master the art.

He says, “I never thought I would make a career in music. But I enjoyed doing it since childhood. So, here I am, following what I love! “

Zuhaib mentions that his upcoming song ‘O Re Pita’ is very close to his heart as he lost his father four years ago. He was 17-years-old when his father passed away. With a heavy heart, he recalled, “He passed away just a month before I had to appear for my class 10th board exams. It was very hard for us. We were not prepared for this loss. I miss him every single day.”

Talking about his aspirations, the talented singer, lyricist and music composer says, “I don’t have very big dreams. I just want every common man to hum my songs at every nook and corner of the streets. That is why I pay close attention to my lyrics and composition so that it touches the heart of a common man. My father wanted me to be a good singer and I am working towards it.”

Zuhaib’s first project was ‘Chehra Salona’ that came out this year on the occasion of Mother’s Day. Apart from ‘Chehra Salona’ and ‘O Re Pita’, Zuhaib has collaborated with singer Anurag Maurya for many exciting projects that will release in the coming months. The details are yet to be revealed.

Must Read: Singer Utkarsh Dave is delighted with the response on his latest song ‘Dil Ki Khwahishien’

When we asked about his inspiration, Zuhaib said, “I find inspiration in every man who has achieved his dreams with honesty and hard work, be it any independent or Bollywood artist. We can learn from experiences of different people.”

“Lyricist Manoj Muntashir is also from Amethi. He has struggled and made a name for himself in Bollywood. His struggle and achievements inspire me to work better. But there are many more names who have inspired me in one or the other way. I wish to become a successful artist but at the same time, I want to stay humble. I wish to never work against my principles,” he further added.