Chutzpah Actor Kshitij Chauhan Loves Music & Plays The Drum Set & He Was Even A Part Of A Band! 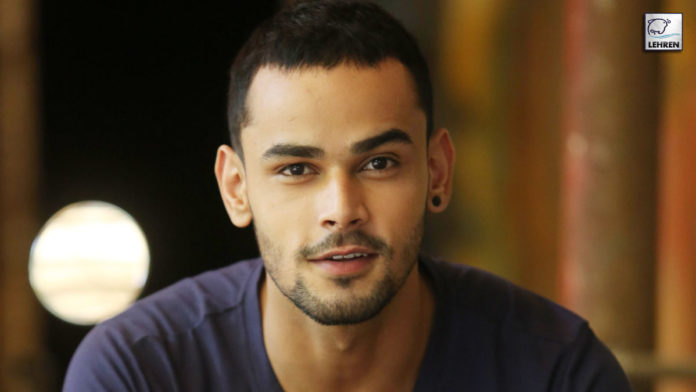 Chutzpah actor Kshitij Chauhan loves to play music and he has a close connection with it. He played the drum for the longest in his college days and he was even part of a band. He was a regular in the college music fests and had a reputation as a crowd puller. He played the character of Prateek in great aplomb and so is his music taste. Its varied, wide, and breaches boundaries. Without much ado, let’s hear it from the man himself.

We spoke to Kshitij and here is what he says, “I always wanted to learn different things since a kid with my studies. I played professional cricket after I joined the academy. I played for my district for three years. The guitar was too cliche so I decided to learn something drumming. I would love to learn how to sing but I am very bad at it. I joined my school and college band. We used to participate in different competitions and we won a lot of them. Our band name was called diverse path. I have great memories of jamming in college and all. I love music and I would be a musician if not an actor. I am trying my hands with different instruments. I have a Cajon that I play, a tongue drum, a drum set. A tongue drum is an improvisational instrument where you get meditational music. I love to play and listen to music. I got a very broad spectrum of taste in music be it slow and upbeat, indie, rock, or coke studio stuff. I have a very close connection to music.”

That’s a long list of instruments. We might even have to google a few. But one thing is assured that we know this guy loves music and how.