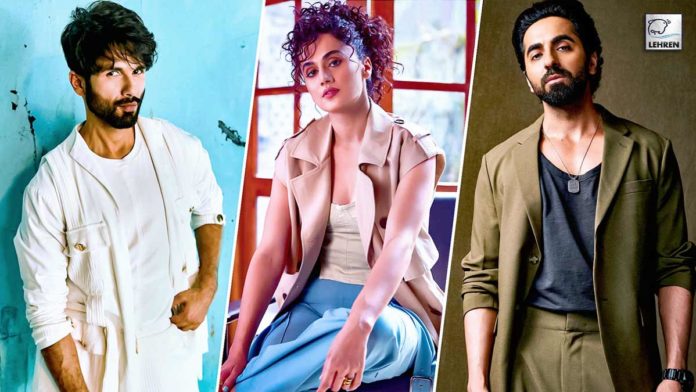 Our favorite actors entertain us daily in various languages, check out the list to know actors who speak Punjabi

The Chandigarh boy Aayushmann Khurrana is known to build his career from television to blockbuster films. His Punjabi lingo is not secreted from anyone. He has also played Punjabi boy characters in his movies.

The handsome hunk Shahid Kapoor is a trained dancer and actor. He has delivered many hits in Bollywood films essaying varied roles. The talented actor belongs from New Delhi and speaks fluent Punjabi. The actor who is very friendly with the media and fans owns his dialect in Punjabi at the top best level

Akshay Kumar hails from Amritsar and has never hidden his Punjabiness. The actor speaks Punjabi and encourages his children to speak the language too. The Khiladi Kumar has never shied away to flaunt his mother tongue.

Tapsee Pannu is an Indian actress who now works predominantly in Hindi movies. Before entering Bollywood, she worked in Tamil and Telugu Films. She hails from New Delhi and has a strong hold on the Punjabi language apart from Hindi, English, Telugu, Tamil, and Malayalam.

Film icon Amitabh Bachchan was born in Allahabad, Uttar Pradesh. Being a UP man his native language is Hindi yet he has a great command over Punjabi. Legendary actor Amitabh Bachchan can easily speak Hindi, English, Urdu, and Bengali too.