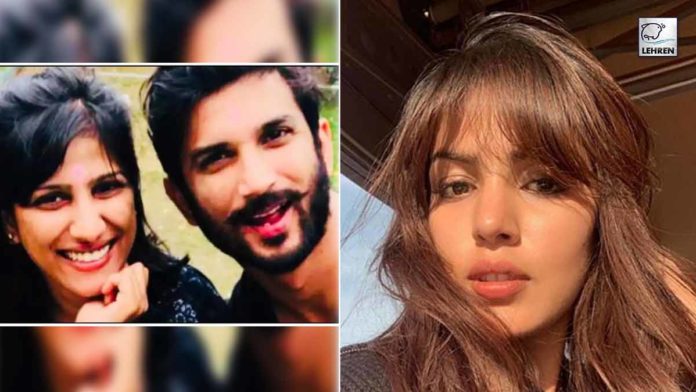 As per the reports, CBI has refuted Rhea Chakraborty’s FIR against Sushant Singh Rajput’s sisters. They have called it ‘vitiated and bad in law’. Read below to know more.

The Sushant Singh Rajput case is still making it into the headlines even after four months after the actor’s tragic demise. Recently on the basis of Rhea Chakraborty‘s complaint, an FIR was filed against Sushant’s sisters Priyanka and Meetu Singh. According to the reports by NDTV, the CBI has refuted the FIR petition against SSR’s sisters. The CBI has said that the FIR filed by the Mumbai Police against SSR’s sisters based on Rhea’s complaint is ‘vitiated and bad in law’.

Apart from the late actor’s sister, the FIR was also against Dr. Tarun Kumar of Ram Manohar Lohiya Hospital. The FIR was based on Rhea Chakraborty’s complaint. It was owing to the WhatsApp chat exchange between Sushant and his sister Priyanka on June 8, 2020.

In her petition, the Jalebi actress said that Priyanka had used fabricated prescription to let her brother access medicines. The medicines that are banned by the Narcotic Drugs and Psychotropic Substances Act.

Now, as per the latest reports by NDTV, the CBI has refuted the FIR against SSR’s sisters saying that it is ‘bad in law’. It further adds that the CBI is already investigating the SSR’s case. Hence, there is no need for Mumbai Police to fill in second FIR.

The crime-solving agency also mentions that if the Police have some information in regards to the case, they must share it with them. Instead of them filing an FIR.

The CBI also said that the allegations by Rhea Chakraborty against SSR’s sister in the FIR are “presumptive and speculative”. They believe that it could have been a part of the on-going probe.

For the unknown, Rhea Chakraborty was arrested by the NCB last month. She was taken into custody for the alleged confession of procuring drugs.