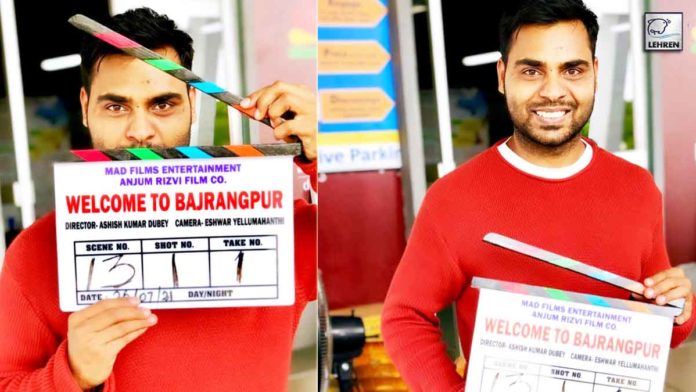 It’s confirmed! Casting director Sanjay Shukla is all set to make his Bollywood debut with the upcoming film ‘Welcome To Bajrangpur’. Sanjay has already shot for his schedule and is happy to be a part of the project. The film stars Shreyas Talpade and Giorgia Andriani in lead roles.

Sanjay Shukla is a well-known casting director in the Hindi film and television industry. He has done casting of many popular TV shows and web series. Sanjay had shifted to Mumbai in 2012 with an aim to be an actor. He did small roles in ‘Maharana Pratap’ and ‘Samrat Ashoka’.

With less work and small roles, Sanjay realised that things weren’t working in his favour. Coming from a middle-class background, he was finding it hard to survive in the city of dreams. And therefore, he started working as a casting director. He took an offer from Hats Off Production, and it proved to be a turning point in his life. He did the casting of TV shows like Kundali Bhagya, Chandrakanta and Badi Door Se Aaye Hain.

He even did the casting of ‘Welcome To Bajrangpur’. And interestingly, he chose this film to fulfil his long lost dream of being an actor. We now can’t wait for him to showcase his talent on screen.

Check Out: Giorgia Andriani And Shreyas Talpade Begin Shooting For ‘Welcome To Bajrangpur’