Brahmastra To Premiere On This OTT Platform, Check Out 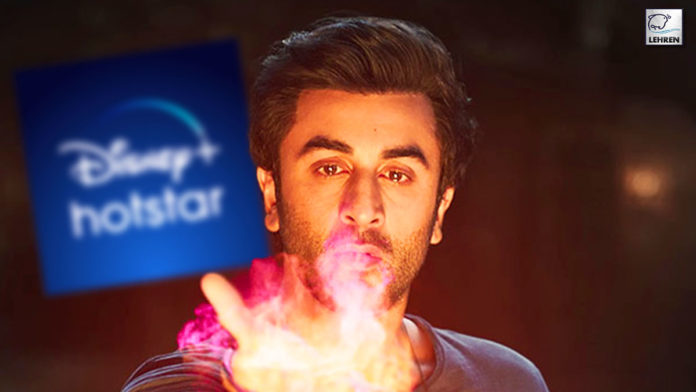 Ayan Mukerji's film Brahmastra is getting an OTT release, the film will release on Disney+Hotstar, here's when you can watch the film-

Brahmastra 2: Ayan Mukerji’s film Brahmastra is undoubtedly one of the most hyped and much-anticipated films of the year. With almost 10 years spent in the making, the film was finally released in the theatres on 9th September this year. The film made record-shattering collections at the box office. After an impressive run at the theatres, Ayan Mukerji’s film will now soon premiere on the OTT platform Disney+Hotstar.

When And Where To Watch Brahmastra

For those who missed the theatrical watch of Ayan Mukerji’s film, Brahmastra can now watch the blockbuster on Disney+Hotstar. The fantasy adventure helmed by Dharma Productions will be released on Disney-Hotstar on November 4.

Brahmastra is a visual wonder with a high VFX promising to give the greatest visual experience in Indian cinema. The film in itself is a universe unraveling mythological characters and astras. Brahmastra is an astraverse for people to experience a never seen before world of Ancient Indian Astras.

Brahmastra is a cinematic universe of Hindu Mythological concepts. Brahmastra is the biggest budgeted film of 2022. Written and directed by Ayan Mukerji the film is backed by Karan Johar under the banner of Dharma Production. The film features an ensemble cast including Ranbir Kapoor, Alia Bhatt, Amitabh Bachchan, Nagarjuna, and Mouni Roy among others.