Brahmastra New Trailer Out: More Action, More Of Everything! Take A Look 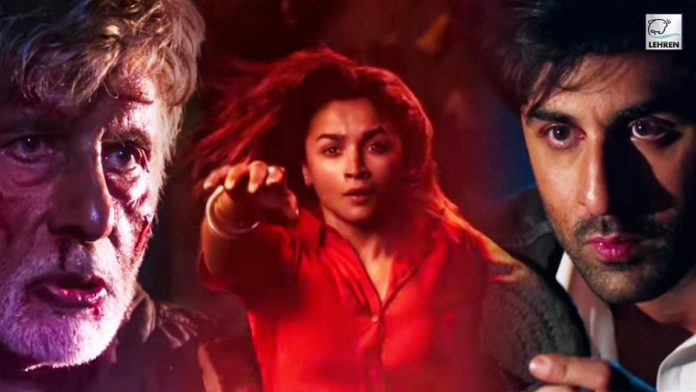 Makers of Brahmastra unveil a new trailer of the film, which is filled with more action, drama, romance, and is all about the "Astra's". Take a look-

Brahmastra: Ayan Mukerji’s directorial Brahmastra is currently one of the most-awaited and much-anticipated films in the Bollywood industry. The film is just a few days away from its release, and to keep the curiosity, excitement, and buzz going, the makers have now dropped another trailer from the film featuring more action, more romance, and a lot more, check out here-

Ayan Mukerji’s film Brahmastra is undoubtedly one of the much-awaited films of the year, after years of hard work and delays the film will soon go into theatres on 9 September. And to keep the excitement and buzz intact, the makers have now released another trailer from the film. Take a look-

The new trailer of Brahmastra features even more romance, action, and amazing VFX. The trailer begins with Mouni Roy hailing Lord Brahma to help her attain the Brahmastra. While Amitabh warns Ranbir Kapoor that if the three parts of the Brahmastra ever come together then the world will be destroyed. While Ranbir asks Amitabh his mentor to believe in him. The trailer further shows a series of dramatic action scenes and all the major stars in the film including, Jalastra, Vanarstra, and Prabhastra, among others.

Reacting to the new trailer the netizens also shared their reaction, a user wrote, “Oh my my god”, “Goosebumps! “, “Awesome. Waiting to come in theatre. I am really very excited to see Brahmastra.”, another user wrote, “Booked the Tickets”.