Bollywood Movies To Watch This Holi 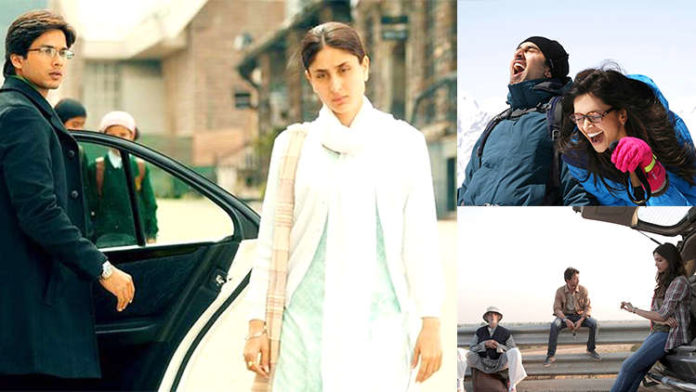 Make your Holi extra special this year. Put those harmful colors behind and pledge to save water. Besides, without them, you can have quite a lot of fun. Embrace the celebration of the new generation of Holi by making your life more vivid and without artificial colors. We’re bringing you a list of vibrant Indian movies showcasing many of life’s hues.

Not only will these movies make the celebration fun, but they will also provide an entire day of binge-watching mania. So let go of your festive dresses, put away those pichkaaris and get into a pair of comfortable pyjamas. Our playlist of films awaits you!

Yeh Jawaani Hai Deewani starring Ranbir Kapoor, Deepika Padukone, Kalki Koechlin, and Aditya Roy Kapoor is amongst most-loved romantic-drama film in Bollywood. The film will take you places while you sit at home and relax. From the snow-clad mountains of Manali to the beautiful palaces in Rajasthan to a quick tour of Paris, with a mix of four friends making memories for a lifetime. The movie teaches life lessons with lots of humor.

Queen, starring Kangana Ranaut heads to Paris alone on her honeymoon after her fiancé played by Rajkumar Rao ditches her just a day before their wedding. Rani played by Kangana is a relatable character and sets you up for a quest to find your true self and teaches you how important it is to enjoy your own company. From picturesque Paris to breath-taking Amsterdam, the film is world-tour in itself.

This film set up an example for a whole generation of travelers. While the movie is known for many other things, the premise of friends traveling to chill out on Goa’s beaches is made up of stuff now we call the #HolidayGoals! Such was the film’s influence, and Goa became the young generation’s national holiday spot and remains so. The stars Aamir Khan, Saif Ali Khan, and Akshaye Khanna as the main leads alongside Preity Zinta.

Beginning with a train journey from Mumbai, the film makes some interesting stops at Ratlam, Kota, Bhatinda, Manali, and Simla. Each town serves as a stopover to the characters and the film’s plot. This movie certainly made train journeys look really cool! In the movie, Shahid Kapoor and Kareena Kapoor’s chemistry is something to watch out for.

In this road trip movie, a father-daughter couple travels with the owner of a taxi company from Delhi to Kolkata. The roads that they travel make us want to take a road trip very soon. We watch them rest in Varanasi which looks beautiful at night and the scenery of the city is immediately appealing when they finally reach Kolkata. In the movie, Amitabh Bachchan and Deepika Padukone’s bonding is truly mesmerizing and Irrfan Khan is just natural and easy-going as usual.