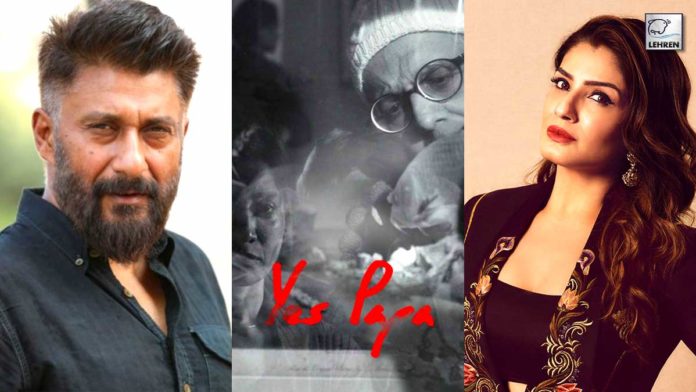 After "dreamgirl" Hema Malini voiced for Saif Hyder Hasan's directorial debut "Yes Papa", it seems the Bollywood film fraternity is coming forward to support the cause and the film.

A film that talks about girl child safety unites Bollywood stars and filmmakers in support of an independent maker. After “dreamgirl” Hema Malini voiced for Saif Hyder Hasan’s directorial debut “Yes Papa”, it seems the Bollywood film fraternity is coming forward to support the cause and the film. Based on girl child abuse, is a crime that has been existing in our society and is often ignored because very few could gather the courage to lodge complaint or take any legal action against the offenders.

Vivek Ranjan Agnihotri, of “The Kashmir Files” fame says, “This is the right time for independent filmmakers to voice their opinion”.

Saif’s “Yes Papa” talks about the safety of children in our society, which is our democratic and fundamental right.” Playwright and theatre director turned filmmaker Saif Hyder wanted to tell this story in a different manner.

“I was certain that conventional storytelling would not do justice, so I created a world that would disturb my audience and they would feel the undercurrent,” says director Hasan.

He is extremely thankful to Hema Malini for being the first celebrity from the Indian cinema fraternity to understand the importance of the issue and share the teaser on her social media platforms.

Geetika Tyagi who plays the female protagonist in the film says, “Child sexual abuse is a heinous crime that thrives under our silence. Given the span and complexity of the issue, we do not even touch this sensitive matter. Yes Papa not only talks about it but also raises questions, that is a big step forward.”

While multiple national award-winning director and actor Ananth Narayan Mahadevan who plays the antagonist in the film says, “I am happy to be part of this volatile social statement told with subtle cinematic skill by a narrative that grips you from start to finish.”

The film is participating in many national and international film festivals and creating ripples.

Former Miss India and internationally acclaimed actor Celina Jaitly Haag says, “Being a woman, a mother of three boys, I feel that children’s safety, social and moral has been a mandatory rule under any progressive government. I am happy that independent makers like Saif are talking about subjects that were never addressed in any mainstream Indian cinema. Hope we get many more voices like his.”