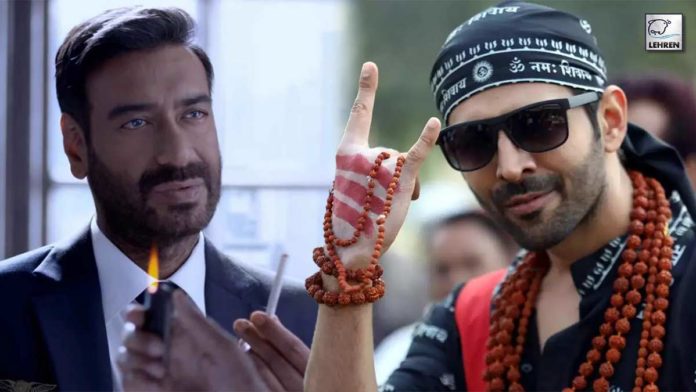 Is OTT the new reason for Bollywood's continuous debacle at the box office?

Last week, the Hindi film industry patted itself on its back like it had found the magic wand to set the box-office on fire. Filmmakers have collectively decided that they will release new movies on an OTT platform only after eight weeks and not rush to stream their films like they have been doing the last few months.

It’s a fairly well-known reality that in the January to mid-July report of 2022, with the exception of the Kartik Aaryan starrer Bhool Bhulaiya 2, none of the new films have succeeded in the theatres.

Look at all the big names that were rejected by the mass audience.

Excuses are always around the corner. Just after the pandemic, the film trade had sourced the weak ticket sales to theatres operating only at 50% of their capacity. But it’s been months since movie halls all over India have been fully operational.

The new reason that producers and analysts have put out for the continued dry spell: “It’s been suicidal for movies to be released within a month on OTT. The audience feels, why go to the theatre when they can soon watch it on OTT? Films should have at least an eight-week gap before they’re streamed on an OTT platform.”

But honestly, is the short gap between a theatrical release and its availability on OTT the only reason why all the Jan-to-mid-July figures have been so underwhelming?

And if the short gap is a valid explanation, how did Bhool Bhulaiya 2 gross more than Rs 230 crore worldwide? BB2 hit the theatres on 20 May 2022 and started streaming on Netflix on 19 June, in less than four weeks, when it was still going strong on the big screen.

Trade analyst Narendra Gupta sought to explain it by stating, “Bhool Bhulaiya 2 came along at the right time. After Rohit Shetty’s Sooryavanshi, there was a fallow period and the audience desperately wanted hardcore entertainment. Besides, when done well, the comedy-horror mix is a winning blend especially with the young audience. Also, Bhool Bhulaiya is a successful franchise.”

If the audience was waiting for entertainment, why didn’t Dharma Productions’ far more expensive film Jugjugg Jeeyo which was released on 24 June 2022, crash by 50% by Monday?

“The comedy fell flat in JJJ and could not turn into a laugh riot,” Gupta analysed. “Divorce especially between parents is not a cool subject and it was handled messily. Also, JJJ did not have an emotional connect.”

Precisely. Which means films that have inherent flaws do not fare well irrespective of when they are handed over to an OTT platform.

Gupta additionally reasoned, “Kartik Aaryan is a bigger craze with the youth than Varun Dhawan. Varun has the baggage of Coolie No 1.”

Well, in that case Kartik had the baggage of Love Aaj Kal and his Dhamaka too had petered out.

Explanations and the counter to them will go on ad nauseam.

But with Kiara Advani common to both BB2 and JJJ, with both films starring young heroes and both well promoted on every available platform, a compare and contrast study answers if the eight-week magic wand is the answer to the film industry’s woes.

Since BB2 started streaming on Netflix within a month, is the industry wail that producers hit a self goal by releasing films on OTT within four weeks, justified?

Gupta threw his lot with other analysts who believed that an eight-week gap before a film starts streaming on OTT will boost theatrical collections. “BB2 would’ve made even more if it hadn’t been in a haste to go on to OTT as per its pre-release contract. That way RRR was more confident. It went on to OTT only after six weeks.”

But that cannot be the reason why RRR was a blockbuster.

The theatre vs OTT scenario is interesting. RRR was contracted to start streaming only after six weeks while Yashraj Films preponed the streaming of Samrat Prithviraj and rushed to Amazon Prime before the stipulated time when it found no takers inside theatres.

Excuses disguised as reasons will always be trotted out by filmmakers and the film trade for whom theatrical collections amount to survival oxygen.

To quote Narendra Gupta, “Anubhav Sinha’s expensive Aayushmann Khurrana film Anek which cost around Rs 70 cr could make barely Rs 7.5, about 10% of its cost, in the theatres. Anubhav Sinha said in an interview that the audience didn’t accept North-East artistes. But,” he argued, “Aayushmann was its hero and he’s not from the North-East.”

One could also ask Anubhav, “Who was the female face in your own film Article 15 which starred the same Aayushmann and did brilliantly? Or, how did Mary Kom pack a punch at the box-office? And if familiar faces matter, who were Allu Arjun, Yash and Ram Charan to the Hindi audience?”

The answer is straightforward. Tell a story well and don’t blame the audience – or an OTT release.