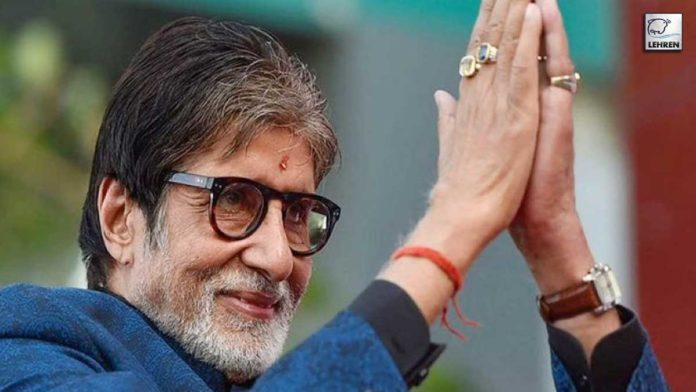 The Brihanmumbai Municipal Corporation (BMC) decides to go ahead a demolish part of Amitabh's Pratiksha.

“The Brihanmumbai Municipal Corporation (BMC)can be ruthless and spares no one when it sets its mind.

Whether it is Shah Rukh Khan, Arjun Kapoor, Kapil Sharma, or fiery Kangana, the BMC rolls out its bulldozers and demolishes all that it wants as and how it desires.

The recent one to take the beating, I mean the bulldozing is none other than Mr. Amitabh Bachchan. In the name of road widening, some years back the wall of the plot adjoining Bachchan’s bungalow was taken for drainage. Bachchan’s property was left untouched at that time. But now the BMC has decided to go ahead with the demolition of a small portion of Bachchan’s plot.

But nobody can cry foul…According to The BMC, ample notice in advance was given…Kangana was notified three years ago, while Amitji got the notification four years back.

Amitabh owns five bungalows in Mumbai and Pratheeksha is the oldest bungalow and has been the most occupied…The bungalow had also witnessed the crazy rise of its owner.

Bachchan’s bungalows, Pratiksha, and Jalsa attract fans and well-wishers from far and near. The bungalows stand proud and are considered landmarks in Mumbai. Based in Juhu, both the houses are located at a distance of one kilometer from each other.

Every year, on Mr. Bachchan’s birthday, a large crowd of fans, supporters, and curious onlookers gather outside Pratiksha for a glimpse and a hand wave. And Mr. Bachchan doesn’t disappoint them…He always makes an appearance to wave and thank the gathered crowd.

Though presently the entire family resides at Jalsa, Pratiksha is very dear to the Bachchan family.

Aishwarya Rai Bachchan and Abhishek Bachchan were married at Pratiksha. Abhishek’s baraat, with Abhishek on horseback, started from Jalsa and the wedding ceremony took place at Pratiksha.

When Aishwarya and Abhishek Bachchan’s daughter, Aaradhya Bachchan was born and discharged from hospital, the family went to offer prayers in the temple in Pratiksha.

Amitabh Bachchan’s parents had lived in Prateeksha and the family wanted to pay their respect to their ancestors and ask for their blessings through the act.

Though a small portion of the property would be demolished, considering the attachment the Bachchans have for Pratiksha, there undoubtedly would be sadness in their hearts.”