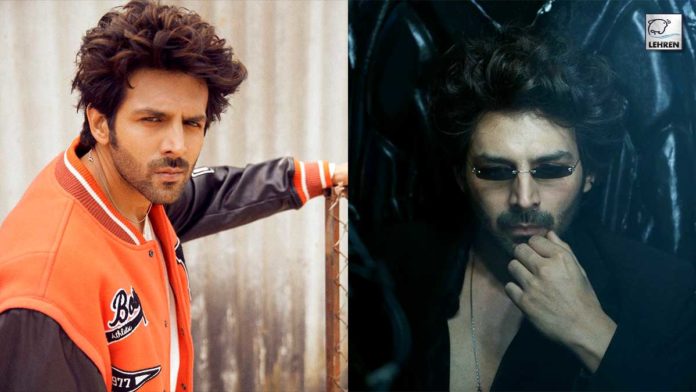 Bollywood’s upcoming horror comedy, Bhool Bhulaiyaa 2 has been creating buzz ever since its announcement. With now its title track release, actor Kartik Aaryan is being showered with love from his fans with his addictive hook steps.

The makers of the film dropped the title track of Bhool Bhulaiyaa 2 on Monday (2 May) and fans can’t stop gushing over Kartik’s dance moves. With a hint of essence from Akshay’s art song, the 2.0 version features Kartik in a full Black chic attire, with his zig-zag moves. Kartik can be seen goofing around with women in a black suit and black shades as he dances to the beat. A cat also makes an appearance in the song. The video has garnered more than one million views since its release and fans have also dropped their reactions to the song.

With extremely hot looks and super engaging hook steps, the actor has been winning hearts over the internet. The dance for this party anthem has been choreographed by Bosco-Ceaser. Fans are now expressing their views on Bhool Bhulaiyaa 2 title track. From praising the song’s hook step to its lyrics fans seem to have been in love with the 2.0 version of Bhool Bhulaiyaa 2 song.

The horror-comedy is the sequel of Bhool Bhulaiya that starred Akshay Kumar, Vidya Balan, Shiney Ahuja, and Ameesha Patel in the lead roles. The movie is directed by Anees Bazmee and produced by T-Series with Murad Khetani. The film stars Kartik Aaryan, Kiara Advani and Tabu. The movie will be released in cinemas on 20th May 2022. The first part of the film featured Akshay Kumar and Vidya Balan in key roles and was a huge hit.

ALSO READ: When Anushka Sharma Rightly Predicted Her Marriage Way Back In 2010