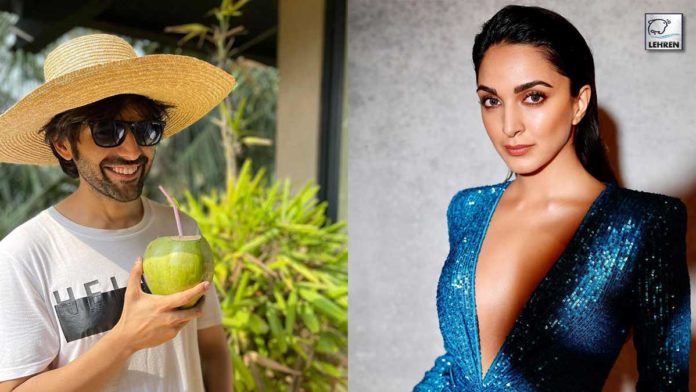 Taking to her Instagram account, actress Kiara Advani shared her look from Bhool Bhulaiyaa 2 introducing her character Reet to the audience.

The Shershaah actress, Kiara Advani has been gearing up for her upcoming film ‘Bhool Bhulaiyaa 2’. For the unversed, Bhool Bhulaiyaa 2, which also stars Kartik Aaryan in the lead, is the sequel to Akshay Kumar’s 2007 release horror-comedy. The fans are excited to witness Kiara Advani in the upcoming horror comedy film.

Taking to her Instagram account, Kiara Advani shared a motion poster featuring her look from the film as she introduces Reet to the audience. With a hint of horror, the motion poster features a petrified Kiara Advani with a scary hand on her head. Teasing the fans with her character, with a caption that reads, “Meet Reet, Don’t be fooled. She’s not so sweet”.

The movie is directed by Anees Bazmee and produced by T-Series with Murad Khetani. The film also stars Kartik Aryan and Tabu. The movie will be released in cinemas on 20th May 2022. The first part of the film featured Akshay Kumar and Vidya Balan in key roles and was a huge hit.

Meanwhile, Dhamaka actor Kartik Aryan recently shared a glimpse of his look from the movie on his social media posting a short video in which he can be seen in a similar avatar played by Akshay Kumar in Bhool Bhulaiyaa part 1, walking into the frame while wearing rudraksha mala along with actor Rajpal Yadav, and captioning his post, “#RoohBaba is coming !! #BhoolBhulaiyaa2  #20thMay”. Kartik takes on the role of Rooh Baba in the film and the teaser introduces him to fans. He is seen with a black and white printed headgear and a matching kurta as he enters the mansion. The teaser also featured Rajpal Yadav, thus confirming his role in the film

Bhool Bhulaiyaa 2 marks Kiara’s second horror comedy after Akshay Kumar starrer Laxmii. Besides, she will be seen sharing the screen space with Kartik for the first time. Apart from Kartik and Kiara, the movie also stars Tabu in a key role. Apart from Bhool Bhulaiyaa 2, the actor will soon be seen sharing the screen with Kriti Sanon in Shehzada. Meanwhile, Kiara will also be seen in RC15, Raj Mehta’s directorial Jug Jugg Jeeyo with Varun Dhawan, Neetu Kapoor, and Anil Kapoor, and Govinda Naam Mera with Vicky Kaushal and Bhumi Pednekar.