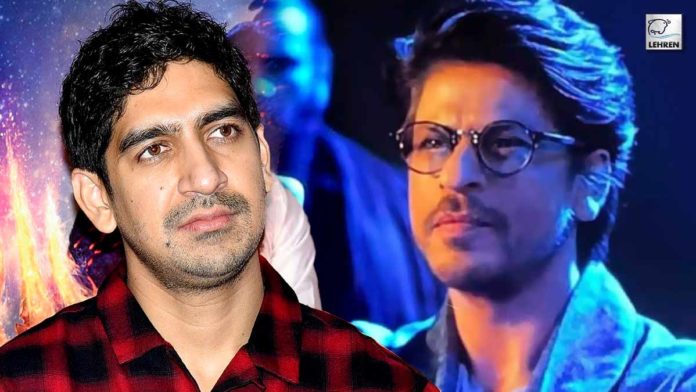 Brahmastra director and writer, Ayan Mukerji reveals that Shah Rukh's cameo in the film was an official tribute to the 2004 released film, Swades.

Brahmastra: Ayan Mukerji’s film Brahmastra was undoubtedly one of the most hyped and much-anticipated films of the year. With almost 10 years spent in the making, the film has now finally been released in the theatres. Meanwhile, SRK’s role Mohan Bhargava is currently one of the much-loved characters in the film, however, there have been rumors that Shah Rukh’s role’Mohan Bhargava’ had a connection to his 2004 film Swades. Clearing up the rumors, Brahmastra director Ayan Mukerji has now confirmed that Shah Rukh’s character ‘Mohan’ was a tribute to his 2004 released film, ‘Swades’.

In a recent conversation with PTI, Ayan Mukerji revealed that Shah Rukh Khan’s cameo in Brahmastra as a scientist name Mohan Bhargava is an intentional tribute to SRK’s 2004 film, Swades. Ayan said, “In Swades, he (Shah Rukh) plays a NASA scientist called Mohan Bhargava, who decides to come back and work in India. Since I had worked on Swades as an assistant, I thought it would be a nice thing to throw in here.”

For the unversed, Brahmastra director, Ayan Mukerji began his career as an assistant director at the age of 19 with Ashutosh Gowariker’s film Swades which starred Shah Rukh Khan in the lead. Showing his gratitude towards Shah Rukh, Ayan said, “We wrote that in our credits, ‘Eternally grateful to Mr. Shah Rukh Khan’. Sometimes, people come and do something so generous and large-hearted. There is no way to ever repay what Shah Rukh Khan has done on Brahmastra. Unanimously, one of the favorite things in Brahmastra has been Shah Rukh sir’s sequence.”

Apart from Brahmastra 2, Ayan also revealed that he has been planning to make a separate spinoff of Shah Rukh Khan’s character Mohan Bhargava who is the wielder of Vanarastra in the film. Confirming SRK’s spinoff, Ayan told IndianExpress, “Before the fans were saying it, we were also saying that ourselves. When we were shooting the sequence in 2019, we were also saying on sets. As we discovered the personality of the scientist, we said, ‘Yaar, we have to do stuff. We have to do the origins story of the scientist!”