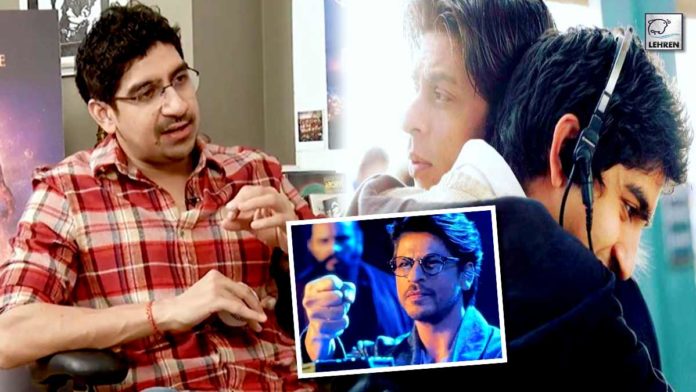 Who is not a Shah Rukh Khan fan? From young to old almost everyone idolizes him. One of the young Bollywood directors is also a fan of King Khan. Yeh Jawani Hai Deewani and Brahmastra director Ayan Mukerji revealed that he is a huge fan of Shah Rukh Khan.

On the 57th birthday of the Badshah of Bollywood, Ayan revealed how much he adulates the actor. The filmmaker also recalled the time when he chased every film that SRK was a part of. Ayan Mukerji also opened up about his nervousness to direct Shah Rukh Khan for the first time in Brahmastra.

He went on to say, “When I became an assistant director, I chased films that Shah Rukh Khan was a part of. So I’m a huge Shah Rukh Khan fan and have been touched by his magnetism in a very deep way.”

Ayan had a big fan moment when he directed Shah Rukh Khan in Brahmastra: Part One Shiva. In Ranbir Kapoor Alia Bhatt starrer SRK played a cameo. He was a scientist and a member of the Brahmansh who wielded Vanarastra in the fantasy-adventure film. The superstar became the most talking point of the film even fans demanded a spin-off of his character.

Mukerji revealed how nervous and anxious he was to direct Khan. “It was a huge moment for me, when somehow, the dots connected and when we went to him to say, ‘Will you do this special appearance?’, he agreed. I was super nervous directing him more than anybody else because when you idolize someone too much, it can almost become hard to work with them. You feel like, ‘How will I direct him, he is a master’, but he is a very kind, generous and extremely intelligent human being. So I think he could understand my personality in two minutes and still found a way to work around it.”

Shah Rukh Khan turned 57 yesterday and treated his fans by unveiling the teaser and poster of his much-awaited film Pathaan. Fans have been doing a countdown for the teaser release and the makers dropped it on the special day. Pathan is set to release in theaters on 25th January 2023. Apart from this SRK also has Atlee’s Jawan in the pipeline.