Arjun Kapoor On His Chemistry With Tara Sutaria 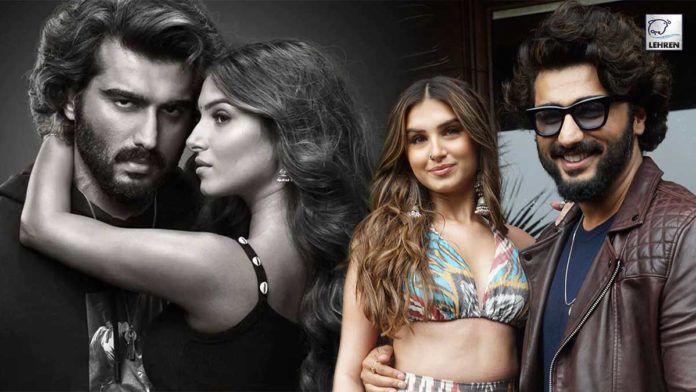 Arjun Kapoor says he has a natural chemistry with Tara Sutaria

Arjun Kapoor is in the headlines creating a buzz around the forthcoming movie Ek Villain Returns. The promotions of the movie are going in full swing as the team has pulled up their socks to publicize the movie before its release. Meanwhile, Arjun Kapoor is lauded for his transformation and has also heaped praises for his pairing with Tara Sutaria. The Gunday actor has commented that he has a natural chemistry with the Marjavaan star.

Arjun and Tara have been presented as the hot new pair in Bollywood with the trailer release of Ek Villain Returns. The fresh pair is receiving a lot of appreciation from fans. Their photos from promotions have been surfing on the internet and people are eagerly waiting to see the duo and their chemistry on screen.

Talking about his chemistry with Tara, Arjun said, “It’s really nice to see how people have liked Tara and my pairing in Ek Villain Returns’ trailer. I’m glad they are appreciating our chemistry and how we are looking at each other. We have natural chemistry with each other and we feed off each other’s energy.”

He added, “Every new and fresh on-screen pairing has to stand the test of the audience. It is the public that decides whether or not they are excited to invest and watch this new pairing on screen. It feels great that Tara and I have found appreciation and we can’t wait to floor you guys when you see us in the film.”

Arjun further said, “A film like this allows a pairing to shine through because audiences are constantly playing the guessing game and if they are invested in a pair, the game can be relished even more. Tara and I add a lot of spice to the film and I hope our pairing keeps you on your toes through the film.”

Ek Villain Returns is a sequel to Ritesh Deshmukh and Sidharth Malhotra’s Ek Villain. The action thriller also pairs John Abraham and Disha Patani alongside Arjun and Tara. Helmed by Mohit Suri the movie is set to release on July 29, 2022. The movie is co-produced by Balaji Motion Pictures and T-Series.