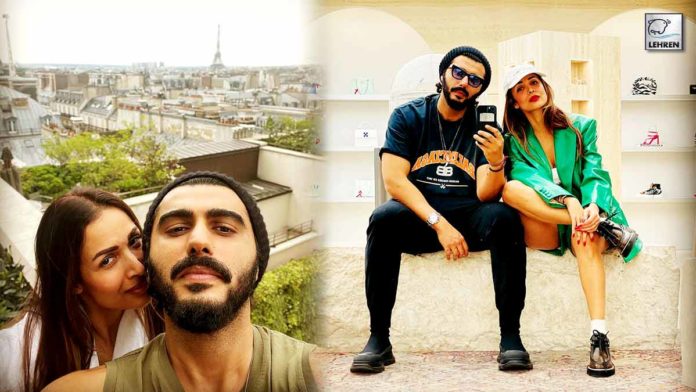 Arjun Kapoor graced the coffee couch in the new episode of Koffee with Karan 7. The actor featured in the chat show with his cousin sister Sonam Kapoor. While brewing conversation Arjun Kapoor spilled beans on his wedding rumours. He has been speculated to tie the knot with his long-time girlfriend Malaika Arora this year.

Arjun and Malaika have been dating each other for over two years now. The love birds of Bollywood were in the headlines for their Paris trip and later were reported to marry soon. On the popular celebrity talk show, Karan asked him about his future wedding. Responding to questions on marriage plans Arjun mentioned that he wishes to focus on his career as of now hence, the two are not planning to tie the knot anytime soon.

He said, “I wanted to focus on my career. I would like to see where I am going. I am a very realistic person, it is not like I need to hide anything. I am not sitting here and being coy. I would really like to be, professionally, a little more stable. And I am not talking financially, I am talking about emotionally. I would like to do work that makes me happy. Because if I am happy, I can make my partner happy. And I feel a lot of my happiness comes from my work.”

Reacting to why he took so long to make his relationship with Malaika official in public, the Gunday actor said he wanted ease and understanding. “I think I’ve lived a life being on the other side of the spectrum. I grew up in a disjointed or a dysfunctional situation where things were not the easiest being a son, having to see what was going on around and having an understanding of it but still having to respect and accept. So somewhere that was an understanding in my head about how I should try and ease everybody into it, including the first people around us. If you ease them in, they can also understand that there is love. I think, at the end of the day if there is genuine love, compatibility, there is ease.”

Sharing his family’s reaction to his relationship with Malaika he said: “My entire family made it easy for me. They told me ‘it is fine, it is okay and you don’t need to overthink with us’. Meeting dadi was the last step, there were many other steps we had to go through. Physical meeting with her turned things around.”

The brother-sister duo Arjun and Sonam had fun banter on the show with the host Karan Johar. Arjun is currently riding high on the success of his latest release Ek Villain returns. Koffee With Karan 7 streams a new episode every Thursday at 7 pm.