Anurag Kashyap Reacts To Abhay Deol’s Claim, Says Everyone Has Own Version Of Truth 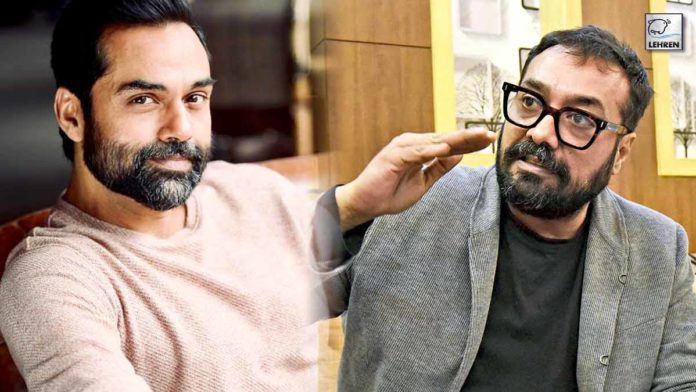 Anurag Kashyap replied to Abhay Deol's statement saying that he had already apologised to him.

Abhay Deol recently called Bollywood famous filmmaker Anurag Kashyap ‘a liar’ and ‘toxic person.’ However, the filmmaker recently replied to the claims and said that he was ready to apologise again. The controversy sparks when Deol revealed that Anurag had shared a bunch of lies regarding his attitude and privilege as a Deol during the making of Dev D.

For the unversed, Abhay Deol and Anurag Kashyap had worked together on the 2009’s cult classic Dev D, a contemporary reimagining of Sarat Chandra Chattopadhyay’s classic novel Devdas. And in a 2020 interview, Anurag said that working with Abhay had been a ‘painfully difficult’ experience. While promoting his latest Netflix series, Trial By Fire, the actor said that the filmmaker was “definitely a liar and a toxic person” and that he would warn people about him.

Meanwhile, in a recent interview with Mid-Day, Anurag replied to Abhay’s statement saying that he had already apologised to him, but was ready to do so again. The filmmaker said to the outlet, “It is okay if that is how he feels. Everyone has his own version of the truth. Maybe he felt attacked about what I had spoken about him earlier. I have personally apologised to him for hurting his feelings.”

Anurag added to the outlet that people should now focus on the actor’s current project in which he has given a good performance. The filmmaker said to the outlet, “What I said was what he was in the past. We all evolve with time. He has done a great job. I think it is time to celebrate his strong performance rather than playing the ping-pong of who said what.” For the unversed, Abhay starred in the new Netflix series Trial By Fire. The actor has been receiving appreciation for his role as a grieving parent who loses his two children in the Uphaar cinema fire tragedy of 1997.