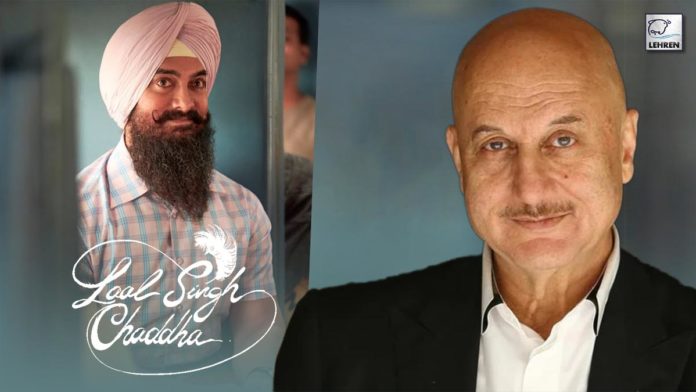 LaalSinghChaddha: Aamir Khan’s latest film Laal Singh Chaddha has disappointed the fans. People were already furious over Aamir Khan’s 7-year-old remark where he called India an ‘intolerant nation’, while now the Kashmir Files actor Anupam Kher also opened up on the actor’s statement and said, “If you have said something in the past, it will surely haunt you.”

Laal Singh Chaddha opened up to a disappointing collection at the box office, earlier the film created quite a buzz after social media users decided to boycott the film. While just days before the release of the film, ‘Laal Singh Chaddha’ a boycott trend was seen trending on Twitter, in which many netizens used the hashtag #BoycottLaalSinghChaddha on Twitter, asking people to not watch the movie. Sharing the trend some users shared Aamir Khan’s controversial “India’s growing intolerance” statement on social media soon after which the boycott trend started circulating on social media.

Meanwhile, recently the Kashmir Files actor opened up about the disappointing performance and the viral Boycott trends faced by Aamir’s film, Laal Singh Chaddha. In an interview with India Today.in, Anupam Kher said, “If you have said something in the past, it will surely haunt you.” “If someone one feels that they should start a trend, they are free to do so. There are new trends on Twitter every day”.

While this is not the first time the actor commented on Aamir Khan’s statement, earlier in 2015, Anupam Kher criticized the Laal Singh Chaddha actor for his comment. In one of his tweets he wrote, “Did you ask Kiran (Rao) which country would she like to move out to? Did you tell her that this country has made you AAMIR KHAN.”