This Is How Anil Kapoor Reacted After Hearing Sonam Kapoor’s Pregnancy News! 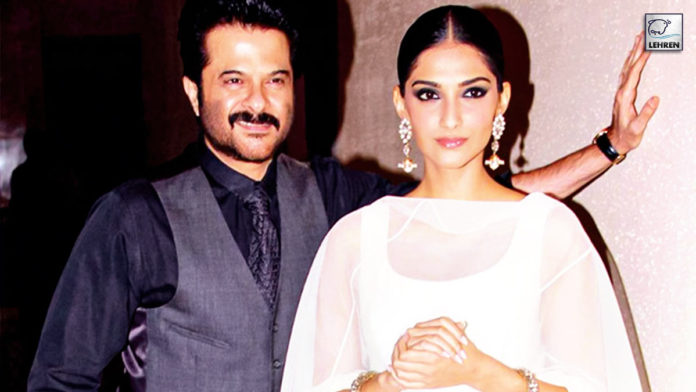 Sonam Kapoor and her husband Anand Ahuja are all set to become parents for the very first time. Here's why father Anil Kapoor has to say about Sonam's future journey as a mother.

Anil Kapoor is going to be a grandfather soon, and we’re pretty sure he’d make for one ‘cool’ grandfather! But Anil Kapoor believes, her daughter Sonam, will be an even cooler mother, as he spilt some beans about her daughter’s pregnancy and other details about the great news. Anil Kapoor as an actor has won many hearts, owing to his brilliant performances and super hit movies, but apart from being an amazing actor, he’s also an amazing husband to his wife Sunita and an adorable father to his kids, Sonam, Rhea and Harshvardhan. In a recent interview, he shared his first reaction after hearing the news of Sonam’s pregnancy.

He also gave insights on Sonam’s professional front and shared how she’ll shine in her career even after giving birth to her child. “All of them have always worked all the lives. My wife has always worked in America. Sonam’s maasi is one of the best interior decorators, and even my mother-in-law used to work a lot. Sonam also loves working and she a very passionate actress, a passionate wife and daughter, and would be a passionate mother, too. Whatever she does, she does it with a lot of heart. She’s all heart, everybody knows that. She’s very generous, very giving. I’m sure she’s going to do even better films after she delivers and gets back to work. She’s looking forward to getting back to work very soon.”

Few days back, he took to his Instagram handle to share the news of Sonam’s pregnancy and shared pictures of her from her maternal photoshoot, with a cute caption. “Now preparing for the most exciting role of my life – GRANDFATHER!! Our lives will never be the same again, and couldn’t be more grateful! @sonamakapoor & @anandahuja you have made us happy beyond measure with this incredible news!”. he wrote.