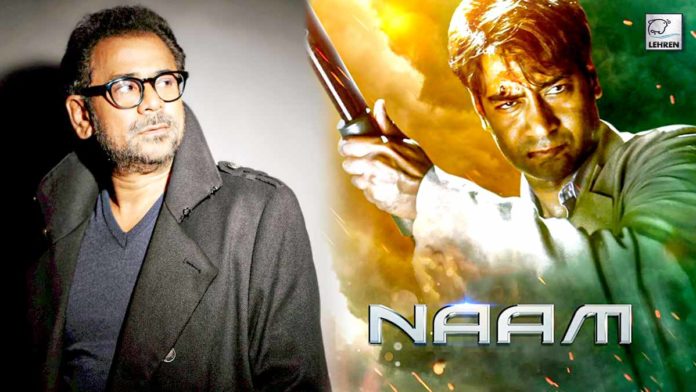 Anees Bazmee is on cloud 9 with the success of Bhool Bhulaiyaa 2. The movie is the sequel of Akshay Kumar’s headlined Bhool Bhulaiyaa. Following the blockbuster hit of the second part of the 2007 original film, the filmmaker is in the news of remaking or working on sequels of his old movies. He is said to make sequels of No Entry, Deewange, and the third installment of Welcome. In the midst of this, Anees Bazmee is also set to release his movie ‘Naam’.

The 2006 film ‘Naam’ directed by Anees Bazmee and starring Ajay Devgn will see a ray of light at the theaters. The movie is set to release ultimately after one and a half decades. Naam was completed in 2006 but never released and got shelved. However, the news is that the director and the actor are now gearing up to make it happen this year.

Anees shared his thoughts on releasing the film after almost 18 years. He said: “some stories are such that they stay relevant even after 25 years. It is same 25 years back, it is same now, and it will stay the same. So, we have to understand if the film is like that. ‘It’s my life’ was about the relationship between the father and son. So, the style of presenting that relationship can change, the tone can change but the relationship, that stays. Likewise, there is an action film where the hero is out there to seek revenge. Now, there have been films on revenge, and there will be films on the same topic even in 10 or 25 years. Yeah, the approach, the styling will change. So when a film releases after a long time, there are some differences.”

He added, “We had started shooting for Naam in 2006. We are in 2022 now and I can only hope that people would like it. I’ll be happy if the producers do not suffer losses. All my wishes are with the producers and I only hope people will like the film.”

‘Naam’ has got the green light to theatres but the issue is if the film and the makers will suffer from release getting delayed by over one and a half decade. The thriller movie stars Ajay Devgn, Sameera Reddy, and Tere Naam fame Bhumika Chawla. An official release date has not been confirmed yet.