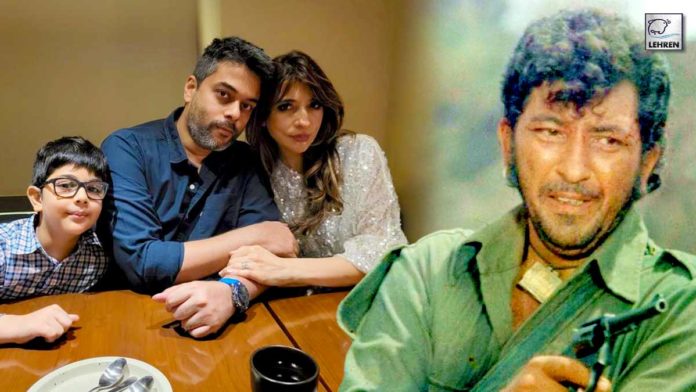 A chess player whose constant playmate is his Rubik’s cube, 8-year-old Mihail Karachiwala is the talk of NCPA as he rehearses for his first play ‘Every Good Boy Deserves Favour’. Directed by Bruce Guthrie, Mihail is the only ‘junior’ in a cast led by ‘grownup’ veterans Neil Bhoopalam, Denzil Smith, Sohrab Ardeshir and Deepika Deshpande Amin.

A bright student of Cathedral and John Connon School in south Mumbai, Mihail is the son of Amjad Khan’s daughter Ahlam Khan, a multi-lingual theatre actress and her businessman husband Zafar Karachiwala who’s also a renowned theatre person. Mihail was recently seen in two Swiggy ads as well. Acting’s in his genes or as his theatre colleagues have noted, “Mihail comes from good stock.”

To mix two Salim-Javed creations, watching his grandson at ease before a live audience or in front of a camera, Amjad will be beaming, “Gabbar Singh khush hua”.

Billed as a brilliantly funny, relevant political satire that combines spectacle with emotion and conflict, one of the many highlights of ‘Every Good Boy Deserves Favour’ will be a 45-piece live orchestra by the Symphony Orchestra of India.

Must Read: Stories Never Told Before: Who Discovered Amjad Khan Before Sholay?