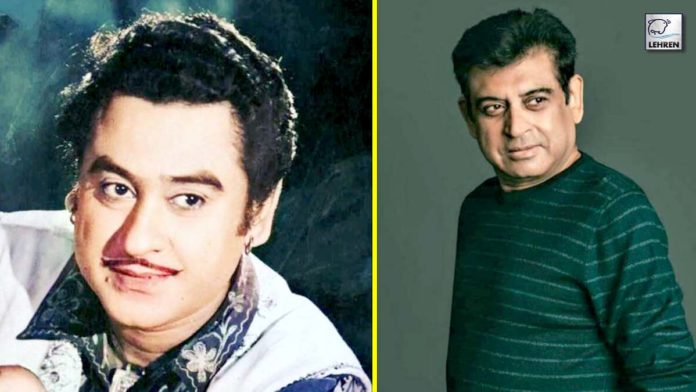 Son of Kishore Kumar, Amit Kumar has spoken about the biopic on his father.

A biopic on legendary actor and singer Kishore Kumar has been on cards. It was reported that director Anurag Basu and actor Ranbir Kapoor will work together on the project. However, there had been no information on this long run. Recently, Amit Kumar – son of Kishore Kumar has spoken about the biographical movie on his father.

Kishore Kumar was an Indian playback singer and actor. He was widely recognized as a dynamic signer for delivering evergreen iconic hits such as, ‘Ek Ladki Bheegi Bhaagi Si’, ‘O Mere Dil Ke Chain’, and many more. He also played eminent roles in ‘Padosan’, ‘Chalti Ka Naam Gadi’, and ‘Ladki’ among others.

In a recent interview with a renowned publication, he was asked if a biopic on actress Madhubala (wife of late Kishore Kumar) should be made. He responded: “Why not? Biopic toh sab ka banta hai aajkal (It’s quite common to have a biopic made nowadays). We are doing a biopic on my father as well.”

This comes as a piece of good news for all the Kishore Da fans. It was initially said that Anurag Basu will film the biopic and Ranbir Kapoor will essay the role of the legend. However, Amit shared an update that both are associated with the project anymore. When asked if Anurag and Ranbir will work as suggested reports, he said: “No, now we’ll produce it ourselves. We have started writing it.”

Late Kishore Kumar married four times to Ruma Guha Thakurta, Madhubala, Yogita Bali, and Leena Chandavarkar. Amit Kumar is Kishore’s son from first wife Ruma Guha Thakurta who was a Bengali actress. Talking about his dad’s four marriages, the singer positively reacted: “I never asked him. It was his personal life. He always wanted a family. He was a family man. It was just that he was misunderstood. The day my parents divorced, he buried his Morris Minor car in this bungalow. He had bought it with my mother after his first film as a hero – ‘Andolan’. That was Kishore Kumar!”

Amit Kumar is also a playback singer, actor, and music composer. On sounding just like his father he said: “I am his son, that was bound to happen. I would give credit to RD Burman and Laxmikant Pyarelal who would keep egging me to not to copy him and develop my own style.”

Kishore Da touched many hearts with his melodious voice and soulful voice. His evergreen hits are still played and enjoyed feeling the nostalgia of that time. He passed away at a very young age of 58 but made a mark in the industry.

Also Read: Anurag Basu Recalls Battling Cancer; Sneaked Out Of Hospital When He Had Only Two Weeks To Live