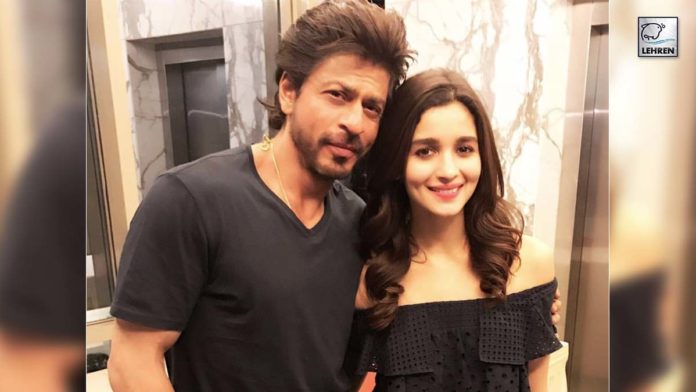 Reports state Alia Bhatt and Shah Rukh Khan will star in a women-centric comic drama. The story is allegedly being narrated to Alia and she has shown her interest for the same. Read below to know more.

Actors Alia Bhatt and Shah Rukh Khan shared the screen space in the 2016 film Dear Zindagi. The audiences loved the on-screen pairing of Alia Bhatt and SRK and how they both complimented each other.

In Dear Zindagi, Shah Rukh Khan essayed the role of a counselor. And Alia was the one seeking help to navigate through life.

Their fans have now have been waiting for the two to collaborate for a project. Well, there’s a piece of good news for them.

According to the reports,

According to the reports, Shah Rukh Khan’s production house Red Chillies Entertainment is planning to back a woman-led comedy-drama. Apparently, the first narration of the script has taken place with Alia

Sources claim Alia has shown her interest in the script and is waiting to hear the final script. She’ll make her final call after reading it.

A source revealed that Shah Rukh Khan’s production house has many ventures under its belt. Apparently, this woman-centric comedy film is one of them. It added that the film will likely role at the start of 2021.

The makers of the woman-centric film have a few directors on their minds. They will pick one in the coming months.

SRK and Alia Bhatt reportedly will share the screen space in this venture.

On the work front, Alia Bhatt has Sadak 2, Gangubai Kathiwadi, RRR in her kitty. After this, she will start shooting for Ayan Mukerji’s Bramhastra.

Shah Rukh Khan has been staying away from the limelight for the meantime to focus on better films after the disaster Zero was.

SRK’s comeback movie is a surprise package of YRF Project 50. That’s why the makers have kept more details under wraps.

The news has made Alia Bhatt and SRK fans go gaga and they can’t wait for the confirmation.