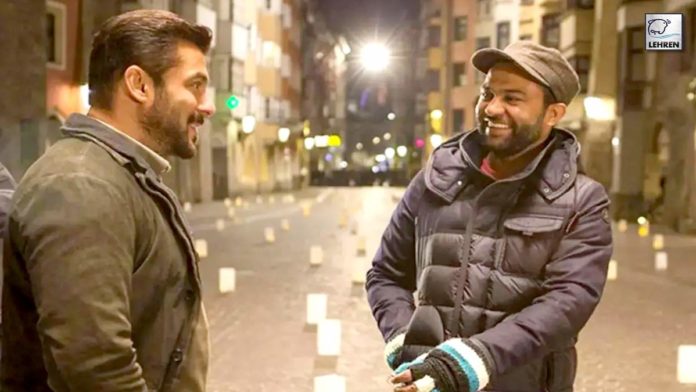 Sultan duo Ali Abbas Zafar and Salman Khan to collaborate again, confirming the same here's what the director said about their forthcoming project-

Recently there has been buzz that Tiger Zinda Hai director Ali Abbas Zafar will once again collaborate with Dabangg actor Salman Khan. After giving films like Bharat, Sultan, and Tiger Zinda Hai the duo was rumored to have been collaborating once again for an action film. Addressing the same Ali Abbas Zafar has now finally spilled the beans about his upcoming project with Salman Khan.

In a recent conversation with Pinkvilla, Ali Abbas Zafar was seen sharing his admiration for Bollywood superstar Salman Khan, talking about collaborating with the actor he said, “God has been kind that my name is there with him as a combination of actor and director. I have always said that he is a huge star and I love him as a person. What I like doing with him is celebrate his stardom on the big screen and that’s what quintessential cinema fans want. Over a period of time, directors have often celebrated big stars on the screen and the audience has given a lot of love to them.”

He added, “With Salman sir, I want to write characters which stand up to his persona on screen.” Talking about the audience’s expectations he said, “I always told myself, when Salman sir and I reunite, it should be that film where people say that the character stood up to what we have done in past.”

Talking about his project he further added, “Well, I am working on a character at the moment. Once that is ready, I will share it with Salman sir. Then move on to writing. Once he is happy with the film, we will be back together inshallah. It’s all work in progress at the moment.”

Talking about finding the suitable character for the superstar he added, “Yes, because he is so big with the audience. It’s not worth making a film with him until and unless you find that right character who does some kind of justice to his persona. The character and film need to look humongous – something that the fans wait for,”

On the work front, Bollywood superstar Salman Khan will soon be seen with Pooja Hegde in their film Kisika Bhai Kisi Ki Jaan. Apart from it, Salman is also working on Tiger 3, Dabangg 4, and Anees Bazmee’s directorial No Entry Mein Entry.