Ali Abbas Zafar REVEALS About His Version Of Mr. India 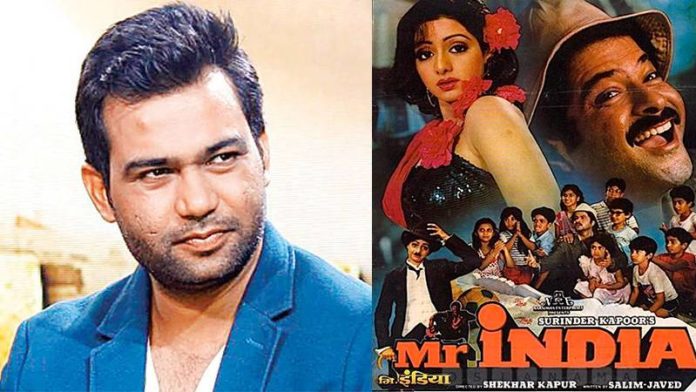 Since Ali Abbas Zafar made the announcement about his project of Mr. India, the internet started buzzing with opinions. Neither the fans and nor the original film director Shekhar Kapur was happy by the news. The Tiger Zinda Hai director was bashed by Shekhar Kapur for not informing him about the reboot of the classic film.

For the unversed, the original Mr. India film starred Anil Kapoor and Sridevi as the lead. The film released in 1987 was hailed by the audience and the star cast was appreciated for their acting. After hearing the news of the reboot of the classic film, fans said they have their childhood attached to the movie and they never asked for a reboot of the already loved the film.

However, Ali has finally cleared the air and in a recent interview, he said that the film will neither be a remake nor a reboot of the original film. The Sultan director said, “It’s a completely new film, we are just calling it Mr. India. My film is essentially about the common man fighting a mighty villain, but done in a cool, hip way, using science and technology and being relevant to today’s social scenario.”

Earlier it was speculated that Ali will cast Ranveer Singh as the lead in the movie alongside Shah Rukh Khan who will essay the role of the much-remembered villain Mogambo. But Ali is yet to make any announcement about the same as he is focused on the superhero film starring Katrina Kaif.

Speaking about the same Ali said, “Yes, I am creating a superhero universe, beginning with Katrina’s film. We then move to Mr. India, which will carry forward bits from Katrina’s film, and we are developing two more characters. My third superhero is rooted in Indian mythology and the fourth comes from the Indian army.”