Bell Bottom: Akshay Kumar Wraps Up The Shoot In Scotland Amid The Pandemic 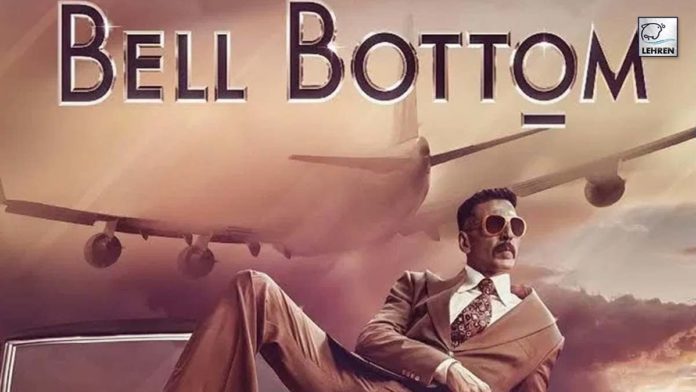 Akshay Kumar wraps up the shooting for his upcoming venture Bell Bottom in Scotland amid the on-going coronavirus pandemic. Read below for further details.

The entertainment industry came to a screeching halt in mid-March due to the coronavirus pandemic. The production of many ventures was indefinitely postponed because of the imposed lockdown. However, now with ‘unlock’ measures slowly put into action, the show biz is also getting back on its feet. As of now, Akshay Kumar has wrapped up the shooting for Bell Bottom in Scotland amid the pandemic.

Meanwhile, Akshay Kumar starrer Bell Bottom becomes one of the first films to call it a wrap. Khiladi Kumar was happy to back on the sets and resume work after a long break. The actor has earlier mentioned that the new normal has made everyone realize the new ways of working.

The Kesari actor also placed emphasis that in the midst of the on-going COVID-19 infection it is very necessary to take care of everything around us. For the unversed, the makers of the Bell Bottom had a complete crew of medical professionals available on the sets. It was to make sure that all safety protocols are being followed.

In Bell Bottom, Vaani Kapoor will share the screen space with Akshay Kumar. It is her first film with the versatile actor.

Speaking of Bell Bottom, the film is a spy thriller including some action-pack scenes. The film is helmed by Ranjit M Tiwari.

The initial release date of the movie is April 21, 2020. The film was to release in January 2021 but due to the delay in shooting, the makers had to push the release date.

On the work front, Akshay Kumar has Sooryavanshi and Laxmmi Bomb in his kitty. While Sooryavanshi will be released on the big screen, the makers of Laxmmi Bomb are gearing for an OTT release.

Amid the pandemic, Akshay Kumar has been very active. He has lend an helping hand to those adversely affected due to the lockdown.