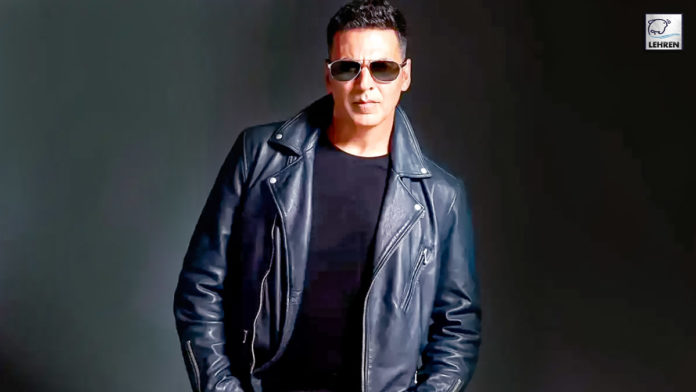 Akshay Kumar is having a rough year in terms of movies. He featured in five movies this year and all of them ended up being a disaster at the box office. Not just his movies but even Aamir Khan’s Laal Singh Chaddha, Ranbir Kapoor’s Samshera, Kangana Ranaut’s Dhakad, and many more movies were failures at the box office. Citing the current situation Akshay Kumar suggested lowering the cost of movie outings.

During the event of the Hindustan Times Leadership Summit, Akshay Kumar emphasized why Hindi movies are not working. He also spoke on possible reasons why films are lacking to attract audiences to theaters. Not just that he even suggested that the prices of making a movie and the subsequent ticketing need to be reduced by 30-40% at least.

Kumar said, “What is happening, as per me, is that things have changed. Audience wants something different. This is what we should think that we should sit down and try to give them that. It is our fault not the audience fault that they are not coming. We have to give them what they want. That is what we have to rethink. We have to dismantle what we have made and start all over again. Think what kind of cinema they would want to see. I want to start completely differently. And that is what I have started doing also. What has happened during the pandemic is that their choices have changed rapidly.”

He further added, “There are so many other things that need to be done and not just by the actors but the producers and theatres as well. I’ll tell you I want to bring down my prices by 30-40%. Theatres need to understand that it’s recession time also. The audience has a limited amount of money to spend on entertainment. You cannot be spending so much on it. Everything has to change. And it’s not just the theatres. We have to work on the cost of me, the cost of making the film. Everything needs to be addressed.”

Also Read: Akshay Kumar Confirms He Is No Longer A Part Of ‘Hera Pheri 3’