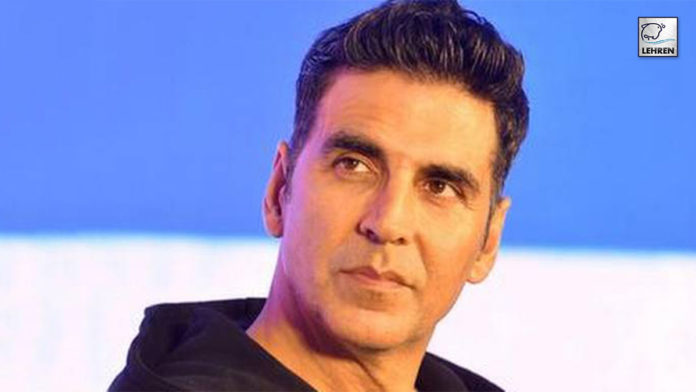 Akshay Kumar is known as one of the busiest actors in the entertainment industry. He manages to juggle more than two films in a year and at times has the highest number of releases in the year. It seems like the upcoming year won’t be any different for Khiladi Kumar. Reportedly, Akshay Kumar has signed Mudassar Aziz’s upcoming comedy flick.

Just a day ago, Akshay Kumar and Kiara Advani’s much-awaited movie Laxmii premiered on Disney+ Hotstar. The film is garnering mixed reviews from the masses and the critics. However, everyone is still praising Akshay for his effort to portray the character with absolute perfection.

Apart from Laxmii, Akshay Kumar also has many other projects in the pipeline. A month back, he returned from Scotland after wrapping up the shoot for Bell Bottom. The makers of the film are also aiming for a 2021 release.

Meanwhile, there are speculations that Akshay Kumar has signed Mudassar Aziz’s upcoming comedy flick. If the hearsay is true then it will be his fourth film for the year 2021.

According to a source, Mudassar Aziz’s upcoming venture is a whacky comedy. The source also adds that the actor instantly said yes after he heard the subject for the movie. A daily suggests that Akshay Kumar is trying to balance out between love stories, laughter riots, real subjects, and any other genre.

For the unknown, Mudassir Aziz is the director of Pati Patni Aur Woh remake and also Happy Bhag Jayegi. Both films received a lot of love from the masses.

On the work front, Akshay Kumar is also gearing up for the release of Sooryavanshi. The film was to release on March 24, 2020. However, due to the lockdown, the makers had to push forward the release date.

As per the reports, the makers of Sooryavanshi are eyeing for Republic Day 2021 release. As of now, there has been no confirmation about the same.

The 53-year old actor recently resumed shooting for Prithviraj Chauhan biopic. After wrapping up this movie, he will resume shooting for Bachchan Pandey.

The actor also has Atrangi Re, Anand L Rai’s Raksha Bandhan, and Ekta Kapoor’s action-comedy in his kitty.