Akshay Kumar Breaks Silence On Being Tagged As Canada Kumar 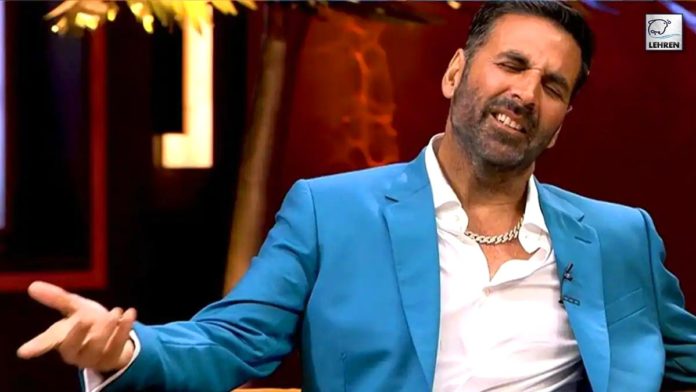 The third episode of Koffee with Karan 7 welcomed Bollywood superstar Akshay Kumar and South diva Samantha Ruth Prabhu. It was a fun-packed episode indulging the host Karan Johar and the two guests in joyful banter. The two spilled beans on their personal and professional life.

Samantha spoke about her married life, separation from Naga Chaitanya, and hit song of the year ‘Oo Antava’. She also commented on stepping into Bollywood adding a feather to her hat. On the other hand, Akshay Kumar talked about his films, working with young actors, and helping his wife Twinkle Khanna in her writings. The Khiladi superstar chose the platform to break the silence on his mostly referred title Canada Kumar.

For the unversed, Akshay Kumar is an Indian-Canadian actor. He is an Indian-born naturalized Canadian actor working in Hindi cinema for almost four decades. He recently completed 39 years in the film industry with the latest released movie Samrat Prithviraj. The Bachchhan Paandey actor is majorly referred to the tag of Canada Kumar.

On the most controversial chat show, Karan Johar questioned Akshay if he gets trolled on social media, the Sooryavanshi actor revealed that people take potshots at him over his Canadian citizenship. He said: “At the most, they write about Canada. Which I don’t care about.” Following this, Karan Johar pointed out to the actor that ‘trolls call him Canada Kumar’, to this, Akshay accepted the tag replying, “Yeah Canada Kumar. Okay, call me that.”

Further, the host KJo asked him about the criticism he faces for sharing screen space with younger actresses. He gave a befitting reply: “They are jealous. Why shouldn’t I? I can work with them. Lagta hun kya 55 ka (Do I look 55)?” Akshay Kumar is tagged as Khiladi in Bollywood, on this Karan asked whom he would give this tag from GenZ actors if he had to. “Tiger Shroff”, the actor was quick to respond.

On the work front, Akshay Kumar is busy promoting his upcoming movie Raksha Bandhan. The movie is a family drama helmed by Anand L Rai and stars Bhumi Pednekar in the lead role. The Hindi-comedy drama is scheduled to release on 11th August locking horns with Aamir Khan’s Laal Singh Chaddha. On the other hand, he has Ram Setu, Kathputli, Selfiee, OMG 2, and Capsule Gill in the pipeline.