Aishwarya Rai To Star Next In An Indo-American Movie 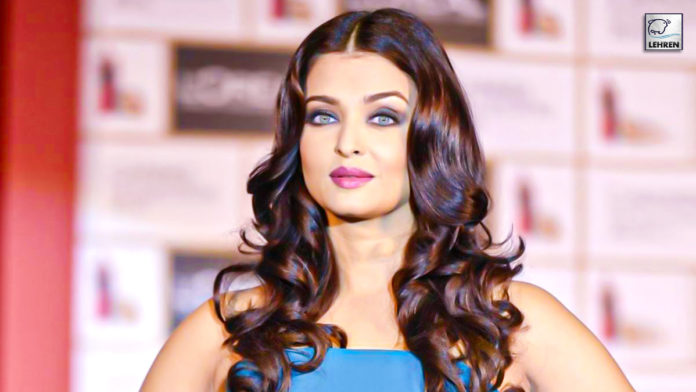 As per tabloids, Aishwarya has signed a film named ‘The letter’ based on the book ‘Three women’.

Aishwarya Rai Bachchan, who was last seen in ‘Fanney Khan’ has recently signed a movie called “The letter” an adaptation of legendary post-author Rabindranath Tagore’s book “Three women”. The din is to be directed by filmmaker Ishita Ganguly, a fusion singer and theatre writer. Discussing the same, the director said, “Aishwarya Rai Bachchan will be playing the main protagonist in the film. While the play was called Three Women, we are changing the name and have titled our film The Letter as the film is based around the letter of Kadambari Devi who was Tagore’s sister-in-law. I am really glad that Aishwarya loved the script and agreed to be a part of my directorial debut.”

While initially, Ishita Ganguly wanted to film the movie in the Hindi language, it was due to Aishwarya’s suggestion that the maker has now decided to go ahead with English.

“Aishwarya and I were in discussion before the pandemic happened. I was originally looking to make it as a Hindi film. When she read the script she felt that the film would fly in English given the urban American sensibilities of the story. It was her conviction that I decided to make it into an Indo-American film” she further added.

The synopsis of the novella ‘Three women’ by Tagore revolves around the plot of Charulata, who is ignored by her well-meaning husband, falls in love with a high-spirited young cousin in The Broken Nest (Nashtaneer, 1901). Sharmila, in Two Sisters (Dui Bon, 1933) witnesses her husband sink her fortunes and his passion into his business – and her sister. And the invalid Neeraja finds her life slowly ebbing away as a new love awakens for her beloved husband in The Arbour (Malancha, 1934). Romantic, subtle, and nuanced, Rabindranath Tagore’s novellas are about the undercurrents in relationships, the mysteries of love, the ties and bonds of marriage, and above all about the dreams and desires of women. While it is yet to be seen what the adaptation has its roots in the movie and what else the movie has to offer. More details about the movie will only be revealed after further progression of the film.